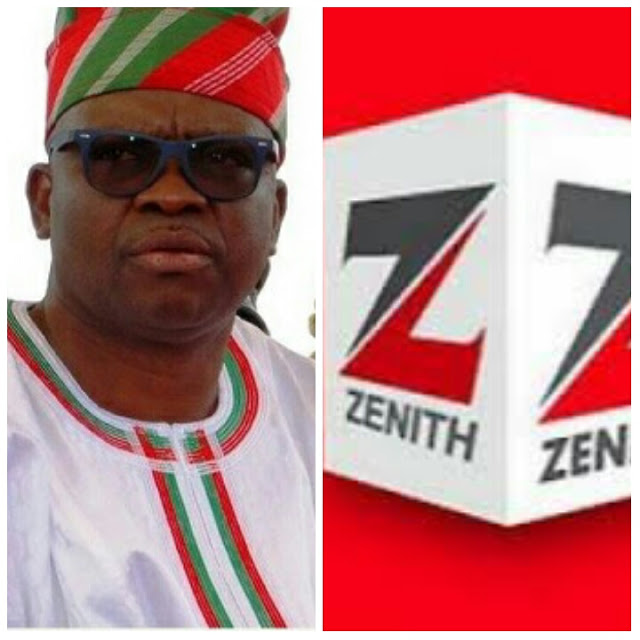 Ekiti State Governor, Ayo Fayose has claimed that his election was funded by Zenith Bank Plc.

It looks like the Ekiti state Governor, Ayo Fayose’s bank account will remain blocked till November 7, 2016.
This is as a result of the adjournment of the suit filed against the Economic and Financial Crimes Commission (EFCC) by Fayose.

Presenting his case before the judge right before the case was adjourned, the Ekiti Governor’s lawyer, Mike Ozehkome said “My Lord, my client’s accounts were frozen in June and we are now in September, making a total of four months altogether.