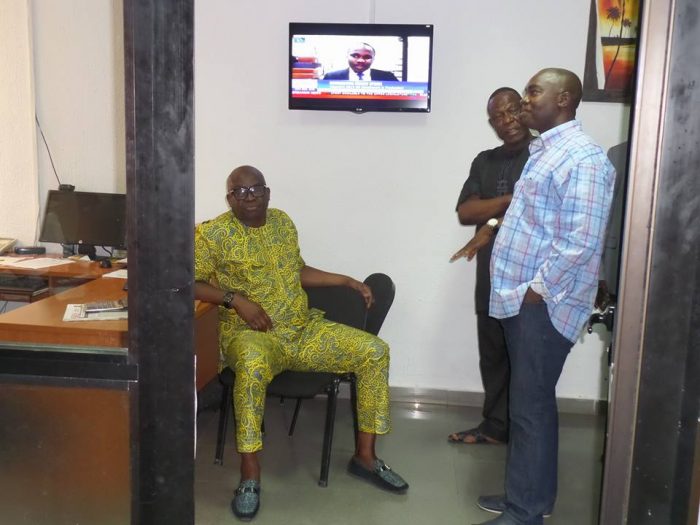 Ekiti state Governor Ayodele Fayose has revealed that he had N300m in his frozen account in Zenith Bank with number 9013074033. Lere Olayinka, the governor’s spokesman, said this in a series of tweets on his official Twitter account under the hash tag #FayoseSpeaks.

Meanwhile, Fayose claimed that he deposited the money into his fixed deposit account before he was inaugurated as governor and had announced it in his asset declaration form. He, therefore, criticized the Economic and Financial Crimes Commission (EFCC) reports that he deposited the money in April 2015, six months after he had become governor. Fayose’s spokesman said: “I declared in my assets declaration form that I had N300m in my fixed deposit account in Zenith Bank #Fayose Speaks.”

“I did not get money from the NSA Office to fund my election. It is just a conspiracy; it will fail like that of 2006. “By the end of this month, we are starting a social welfare scheme in which 7,000 people will be getting N5, 000 per month #FayoseSpeaks “We deceive ourselves too much in this country. Even our population that they said is 150 million is not true.”

“PDP ruled and never prevented Nigerians from talking. APC is a party that won’t let Nigerians talk but I will continue to talk #FayoseSpeaks.” The anti-corruption agency has frozen the account of Fayose last week. It had supposed that Fayose’s aide, Abiodun Agbele, allegedly got N1.219bn from the ONSA on behalf of the Ekiti governor and then paid part of the money into the governor’s current account and company account.