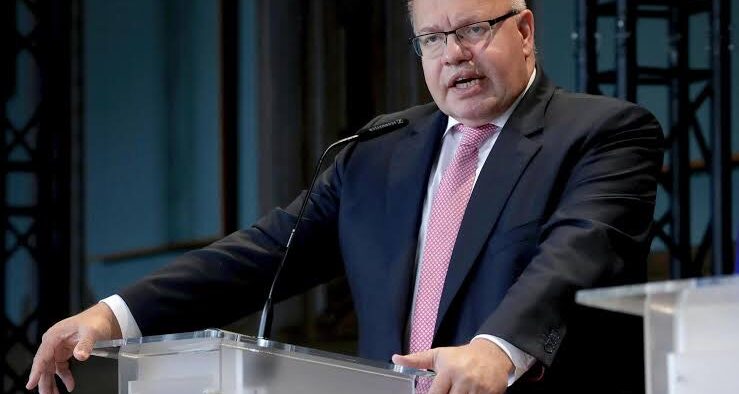 German Economy Minister, Peter Altmaier, has questioned whether imposing sanctions on countries like Russia are effective.

This is coming as a debate rages over whether to suspend the Nord Stream-2 pipeline from Russia to Germany over the poisoning of a Kremlin critic.

Speaking on an ARD talk show, Altmaier condemned the poisoning of Alexei Navalny as a “cowardly assassination attempt on a Russian citizen in Russia’’ and said the circumstances must be cleared up.

He did not rule out imposing sanctions at some point in the future, but added he believed keeping open communication lines can sometimes be more effective.

“We need to clarify what we are trying to achieve with our sanctions.

“Is it just a matter of looking in the mirror or is it something positive for human rights?’’ he said late on Monday evening.

From his experience in politics, sanctions often lead to a “hardening of politics”, Altmaier added.

“I don’t know of any case where a country like Russia, or a similar country, has been moved by sanctions to change its behaviour in the past.’’

German Chancellor Angela Merkel is under mounting pressure from members of her conservative party to suspend the Nord Stream-2 pipeline, a huge project to double Russian gas exports to Germany that is more than 90 per cent complete and due to start operating from early 2021.

On Monday, her spokesman said she did not rule out imposing sanctions.

But the head of the German Eastern Business Association told Deutschlandfunk radio on Tuesday it would be almost impossible to halt the project from a legal perspective.

“Legally, I think that is hardly possible.

“All permits have been granted, the contracts are watertight – not only in Germany, but also in five countries plus under European regulations,’’ Michael Harms said.