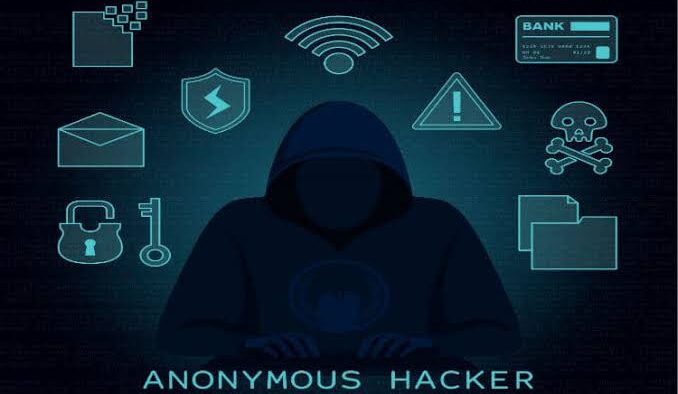 Reported cyber attack on Central Bank of Nigeria (CBN) on Friday night has caused jitters among banks and other financial service providers.

It was reported on Friday that a popular international cyber hacking group, known as Anonymous, in solidarity with the ongoing #EndSARS protesters in Nigeria, carried out the attack, with warning of greater action on Nigeria in the coming weeks.

Sources revealed that many top bank executives spent the weekend meeting with Information Technology (IT) departments on how to prevent possible attacks by Anonymous.

Anonymous, which came into limelight in 2003, claimed it launched the attack in solidarity with #EndSARS protest and threatened to “take down” websites of key public institutions.
The group, also on Friday, carried out its threat when it hijacked the Twitter handle of the National Broadcasting Corporation (NBC) and posted anti-SARS campaign content on it.

The panic created by the Friday attack became more widespread as members of the group claimed on Saturday it had successfully invaded handles digital assets of more organisations.

A report by a section of the media that the website of a first generation bank was also hacked by the digital invaders caused more tension as top executives allegedly arranged panic meetings with internal and external IT consultants on preventive measures.

Though symbols of the hackers posted on websites were published, checks showed the site was up and running. An official of the bank also described the media report as “false”.

A statement by the bank dismissed the claim and the reason the hackers gave for their action. “Our attention has been drawn to the tweet making the rounds on social media on shutting down of First Bank website, following a false tweet that the bank prevented its staff from joining the ongoing protests in the country.

“As the largest banking institution in Nigeria, it is not unlikely we may be seen as a target in circumstances such as these. This is rather unfortunate, as we believe far-reaching reform is necessary and we have said as much on several occasions across our platforms,” the statement read.

A source in another old generation bank told The Guardian he just left a marathon meeting held among “IT guys, communications people and the management” to discuss the urgent challenge because “nobody knows where the hackers are operating from and who they have access to.”

AN official in a new generation bank said the IT department officials “have been put on their toes even though there is no serious threat to money deposit banks” going by the ongoing campaign in Nigeria and historical activities of Anonymous.

It was also learned that an operator has listed “Anonymous campaign in Nigeria as number one item” on its weekly management brainstorming and directed the IT to furnish it with a detailed profile of Anonymous’ operational style.

#OpNigeria, the tag name of the ongoing campaign, is Anonymous’ first major outing in the country. The group had during the 2015 General Election, hijacked the website of the Independent National Electoral Commission (INEC), declaring, “security is nothing but an illusion”.

@YourAnonCentral, an anon (member of Anonymous) with 5.8 million Twitter followers, was tweeted: “We support the weak against the powerful and stand for justice. Our values are the following: human rights, autonomy and self-governance, resistance against tyranny, more humane society.”

Anons have a history of identifying actively, without retreat, in different anti-repression causes in different parts of the world. #EndSARS Protest is the first known major cause they will take up in Nigeria.

At the weekend, they listed digital assets of different public institutions they wouldl hijack to force government to take serious action towards ending police brutality and end official corruption. They also called on their Nigerian followers to suggest agencies that should be visited.

Anonymous boasts of the capacity to infiltrate any website no matter how protected with some of their members claiming to be doing it “for fun”.

MEANWHILE, experts in the cybersecurity and ICT spaces have advised the Federal Government to be proactive in protecting the country’s cyber space.

Those, who spoke with The Guardian at the weekend, observed that should the protest persist, the possibility of more hacks and attacks on government was high and could be severe.

The Chairman, Mobile Software Solutions, Chris Uwaje, warned that no country was immune, saying the country needs a comprehensive national software strategy with a Blockchain dynamic link with Nigerian tech stakeholders in Diaspora.

According to him, this should be the central focus and strategy, since software represents almost 97 per cent of core competence in the digital transformation challenge.

He also asked government to retool the entire workforce to engage the digital transformation challenges by adopting a bottom-up digital capacity building approach.

Orjiani blamed authorities for using open software long abandoned. He said when these websites were created, they were not handed over to professionals to manage them and advised government to put round pegs in round holes.

On preventive measures, the President of Association of Telecommunications Companies of Nigeria (ATCON), Olusola Teniola, said the Nigerian Communications Commission (NCC) and NITDA had been raising cybersecurity awareness, saying, “This is one of the best ways to educate, provide information and sensitise those who use the Internet to perform many tasks online. The more a user of the internet is aware of the threats that are present on the Internet, the more likely that they are protected from potential hackers.”

The Minister of Communications and Digital Economy, Dr. Isa Pantami, had reiterated the importance of collective efforts by all stakeholders toward enhancing the security of cyberspace for Nigerians.

“Cyber security awareness has become imperative due to the attendant risks that emanate from the appreciable migration of several transactions, meetings, lectures and other forms of interaction to online and digital platforms due to the COVID-19 pandemic,” he had said.

He stressed that while there were adequate laws, policies and frameworks in the country on cyber security collective efforts had become necessary in response to the pandemic.

MEANWHILE, cybercrime is projected to cost the world up to $6 trillion (aboutN270 trillion) in damages with over 60 per cent of small businesses vulnerable.

The co-founder of Digital Encode, Dr. Obadare Adewale, who stated this, called for concerted efforts to mitigate the impact. To underscore the increase of cyber security and the challenges it poses to businesses, Adewale referred to the World Health Organisation (WHO), which said recently that cyber security attacks on its operations, some of it targeted at its staff, had risen five-fold since the outbreak of COVID-19.