UK Car Sales Almost 90% Below Normal In May – SMMT

UK Car Sales Almost 90% Below Normal In May – SMMT 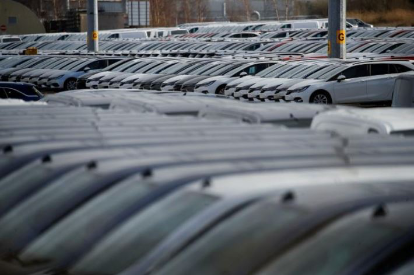 British car sales edged up in May after falling to their lowest since 1946 in April but still remained almost 90 percent below their level a year earlier as coronavirus restrictions limited sales.

Preliminary figures from the Society of Motor Manufacturers and Traders (SMMT) on Thursday showed that around 20,000 new cars were registered last month, up from just 4,321 in April but just a fraction of the 183,724 sold in May 2019.

Car showrooms in England have only been able to reopen to potential buyers since Monday, though some vehicles were delivered directly to customers last month and in April.

Thursday’s data fit with other figures showing that the sharpest decline in British economic activity occurred in April, just after the lockdown came into force.

Since then, some rules have been relaxed and other businesses have been able to find ways to comply with them and restart operations.