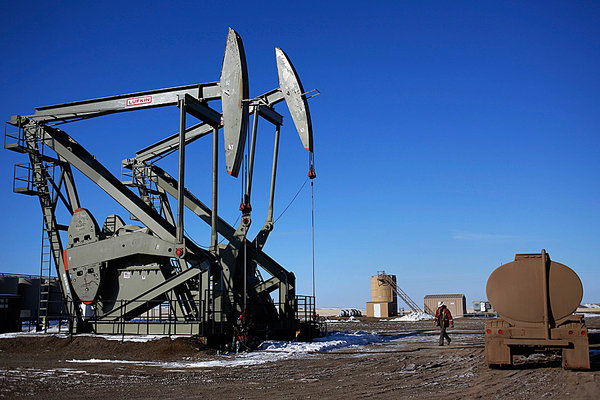 Oil price hit multi-week highs on Monday after OPEC indicated it was likely to maintain production cuts that had helped boost prices this year.

Saudi Energy Minister Khalid al-Falih said on Sunday there was consensus among the Organization of the Petroleum Exporting Countries (OPEC) and allied oil producers to drive down crude inventories “gently”.

United Arab Emirates Energy Minister Suhail al-Mazrouei earlier told reporters that producers were capable of filling any market gap and that relaxing supply cuts was not the right decision.

OPEC data indicates oil inventories in the developed world rose by 3.3 million barrels month-on-month in March, and were 22.8 million barrels above their five year average.

OPEC, Russia and other non-member producers, an alliance known as OPEC+, agreed to cut output by 1.2 million barrels per day (bpd) from Jan. 1 for six months to try to prevent inventories from increasing and weakening prices.

Besides, the bullish sentiment is increasing tensions in the Middle East.

U.S. President Donald Trump threatened Tehran on Sunday, tweeting that a conflict would be the “official end” of Iran, while Saudi Arabia said it was ready to respond with “all strength” and it was up to Iran to avoid war.

The rhetoric follows last week’s attacks on Saudi oil assets and the firing of a rocket on Sunday into Baghdad’s heavily fortified “Green Zone” that exploded near the U.S. embassy.

Tags:
Previous Article
Zambia seeks new investor for Konkola Copper Mines
Next Article
Orange selects ENGIE for the operation and maintenance of one of the largest data centres in West Africa