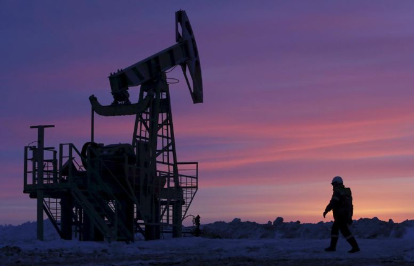 Oil prices fell on Friday, adding to steep losses from the previous session, and were headed for weekly declines on worries that renewed lockdowns following a surge in coronavirus cases in the United States and elsewhere would suppress fuel demand.

Brent looks set for a weekly decline of nearly two per cent and U.S. crude for a fall of more than three per cent.

Trading was quiet with Singapore on holiday for an election.

While many analysts are expecting economies and fuel demand to bounce back from the pandemic, record daily increases in coronavirus infections in the U.S., the world’s biggest oil consumer, raised concerns about the pace of any recovery.

“I do not suspect many oil traders will be looking to place significant bids in the market today, suggesting prices may continue to wallow into the weekend,’’ said Stephen Innes, Chief Global Markets Strategist at AxiCorp.

More than 60,500 new COVID-19 cases were reported in the U.S. on Thursday, setting a daily record, with Americans being told to take new precautions.

The tally was also the highest daily count yet for any country since the pathogen emerged in China late last year.

In Australia, the government on Friday will consider reducing the number of citizens allowed to return to the country from overseas, after authorities ordered a new lockdown of the country’s second-most populous city, Melbourne.

Oil inventories also remain bloated due to the evaporation of demand for gasoline, diesel and other fuels during the initial outbreak.

U.S. crude oil inventories rose by nearly six million barrels last week after analysts had forecast a decline of just over half that figure.

Brent oil rises to $40 amid hopes for output cuts, recovery