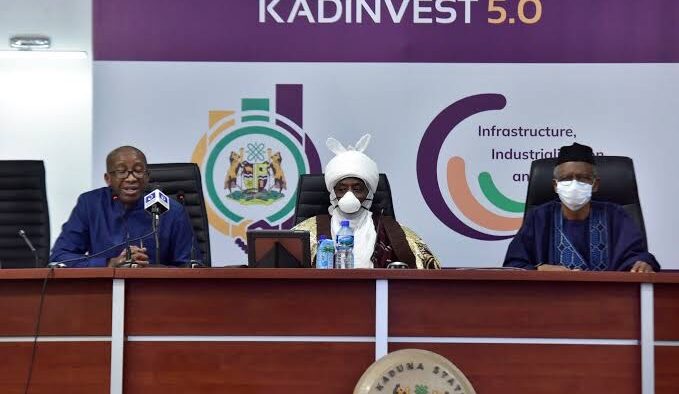 Former Emir of Kano, Muhammadu Sanusi II, has said that Nigeria must diversify its economy in order to address the high rate of poverty and inequality in the country.

He also said governments at all levels must invest on human capital development and create enabling environment for investments, instead of borrowing to finance development.

Sanusi gave the advice in a presentation during the virtual Kaduna Economic and Investment Summit, on  Tuesday.

The former Governor of the Central Bank, however, said the Federal Government has minimal role to play in rejigging the economy.

“While everyone looks to the federal government for solutions, the truth is that its role in the economy is small – both in absolute and relative terms.’’

Sanusi noted that the nation’s economy has not been diversified, years after the discovery of oil.

He added that though Nigeria has generated an increase in wealth from $345 in 1985 to $2,655 in 2015 GDP per capita, but there has been no structural transformation in what the country actually produce.

According to him, though the economy is growing, but its non diversification has resulted to the high rate  of poverty and high level of inequality in the country.

He explained that the difference between African countries and those in Asia is that they have diversified from primary to secondary and tertiary sectors of the global economy.

“The major difference is that they have moved on but we have not,’’ he lamented.

Sanusi pointed out that Malaysia has the same factors that Nigeria has been using as an excuse for having not developed, adding that both countries are multi-ethnic and have fought wars.

The former Emir lamented that Nigeria is still a consumer nation instead of being a producer, by seizing on the investments that the government has done in technology.

“Africa’s failure has been in not leveraging on the underlying infrastructure – towers and under sea cables- to catalyse the development of other and new industries,’’ he said.

‘’If you use your smart phone which is made in China and order shoes from France and they are delivered to you at home, what have you actually gained? You are just a consumer,’’ he added.

The ex-CBN Governor argued that the same phone can be put to productive use, when it is used to shoot a Nollywood movie and the film clip is distributed.

Sanusi noted that the success of Nigeria’s pre-oil economy was based on the dynamism of its trading sector and the diversity of its export base, which ‘’meant that it was less vulnerable to terms of trade shock driven by any one export.”