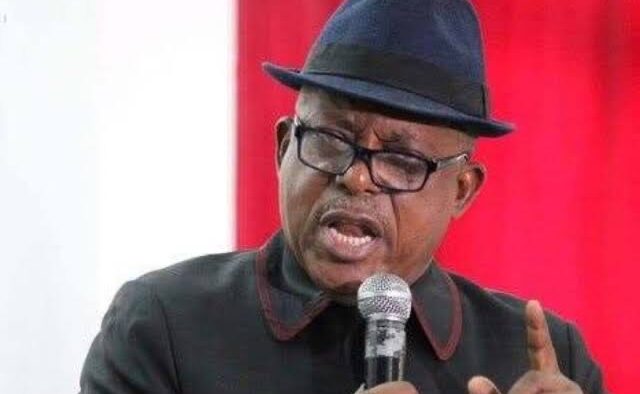 The PDP National Chairman, Mr Uche Secondus, gave the advice while receiving a delegation of the party’s women to the party’s campaign office, Legacy House, to protest against the state of the economy.

According to Secondus, in advanced countries it is the private sector that drives the economy, adding that the government cannot do it alone.

“What we want to advise the government is to allow the private sector to drive the economy. That is what is happening in other countries.

“In all civilized countries in the world it is the private sector that drives the economy, government cannot do it,” he stated.

Secondus noted that what was required of the government was to engage competent Nigerians to do the work.

He assured the Nigeria Labour Congress (NLC), and the civil societies that the PDP would continue to stand with the citizens.

“On behalf of the leadership of our party we have taken measures to let the world know that we cannot go on like this,” he said.

Secondus said that the NWC was not just speaking for the PDP, but for the ordinary Nigerians on the streets.