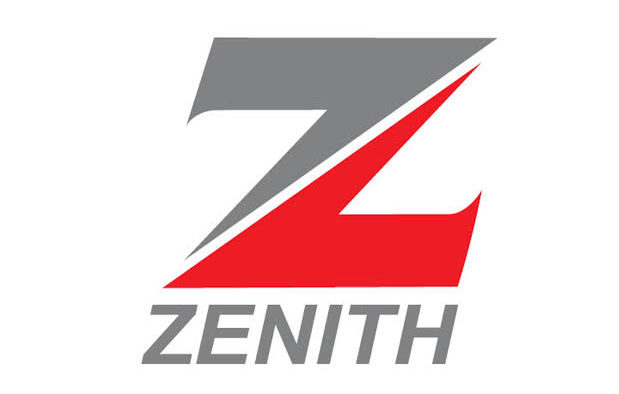 Zenith International Bank Plc on Friday announced a profit after Tax of N208.8 billion for the financial year ended Dec. 31, 2019.

The bank said that the  profit represented a growth of eight per cent when compared with N193 billion posted in the comparative period of 2018.

It added that the profit before tax also increased by five per cent to N243 billion from N232 billion posted in 2018, arising from topline growth and continued focus on cost optimisation strategies.

The bank’s audited financial results released on Firday showed that its  gross earnings stood at N662.3 billion from N630.3 billion in 2018, an increase of five per cent.

It added that fees on electronic products  had continued to grow significantly with a 108 per cent Year on Year growth to N42.5 billion from N20.4 billion in 2018.

The bank said  that the drive for cheaper retail deposits coupled with the low interest yield environment helped  to reduce the cost of funding from 3.1 per cent to 3.0 per cent.

The group increased its share of the market as it secured increased customer deposits across the corporate and retail space as deposits grew by 15 per cent to close at N4.26 trillion.

It said the  its total assets rose by seven per cent to N6.35 trillion  as against N5.96 trillion achieved in the comparative period of 2018.

“In 2020, the group remains strategically positioned to capture opportunities in the corporate and retail segments, while  efficiently managing costs and expanding further its retail franchise by employing digital assets and innovation,” the bank said.