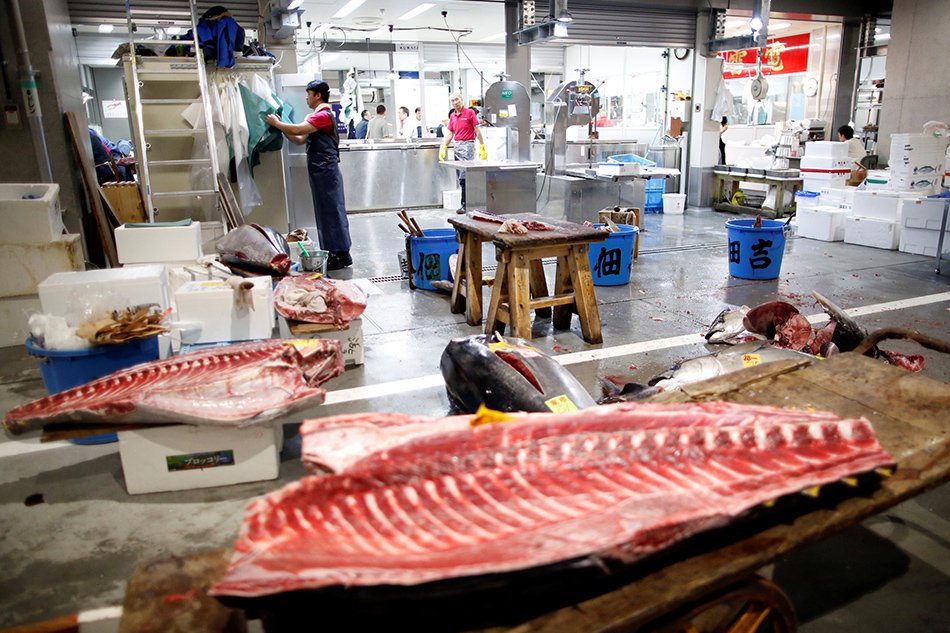 The world’s largest fish market resumed operations at a new location in Tokyo on Thursday, after final auctions last week at the previous facility in Tsukiji, one of the Japanese capital’s top tourist attractions.

The long-delayed opening of the gleaming new $5-billion Toyosu market on reclaimed land was marked by a minor truck fire and an early morning traffic jam.

As the new market’s first auction kicked off at 5:30 a.m. (2030 GMT), its halls filled with the sound of bells and the shouts of traders, who also used hand signals in the scramble to get the day’s best produce.

“It might take some time to get used to,” Tokyo Governor Yuriko Koike said at the site. “Together, we would like to develop this as the core market of Tokyo, and Japan, and make the Toyosu brand better day by day.”

The 83-year-old Tsukiji market had attracted tens of thousands of visitors each year to its warren of stalls laden with exotic species of fish and fresh sushi in a tourism boom key to Prime Minister Shinzo Abe’s economic plan.

But it had become dilapidated and unsanitary, city officials have said in planning the move to Toyosu, further away from central Tokyo, a relocation delayed many times since it was conceived 17 years ago.

Kimio Amano, a 45-year-old blue tuna seller, said he was concerned about the location.

“There are some customers who said they are not coming any longer because it is too far,” said Amano. “Let’s see what happens.”

More than 80 per cent of Tsukiji fish traders oppose the move, a survey by a group fighting the relocation showed.

Demolition work is due to start on Thursday at Tsukiji, but a group of fishmongers protesting the move to Toyosu forced their way back in.

In 2016, toxic substances were found in soil and groundwater at Toyosu, once home to a gas plant, prompting Tokyo to spend an extra 3.8 billion yen ($34 million) to dig hundreds of wells to pump out groundwater.

In July, Koike declared the site safe after experts signed off on additional clean-up measures, but some traders remain skeptical.

The old site will provide temporary parking for the 2020 Tokyo Olympics before becoming a tourist center. (Reuters/NAN)