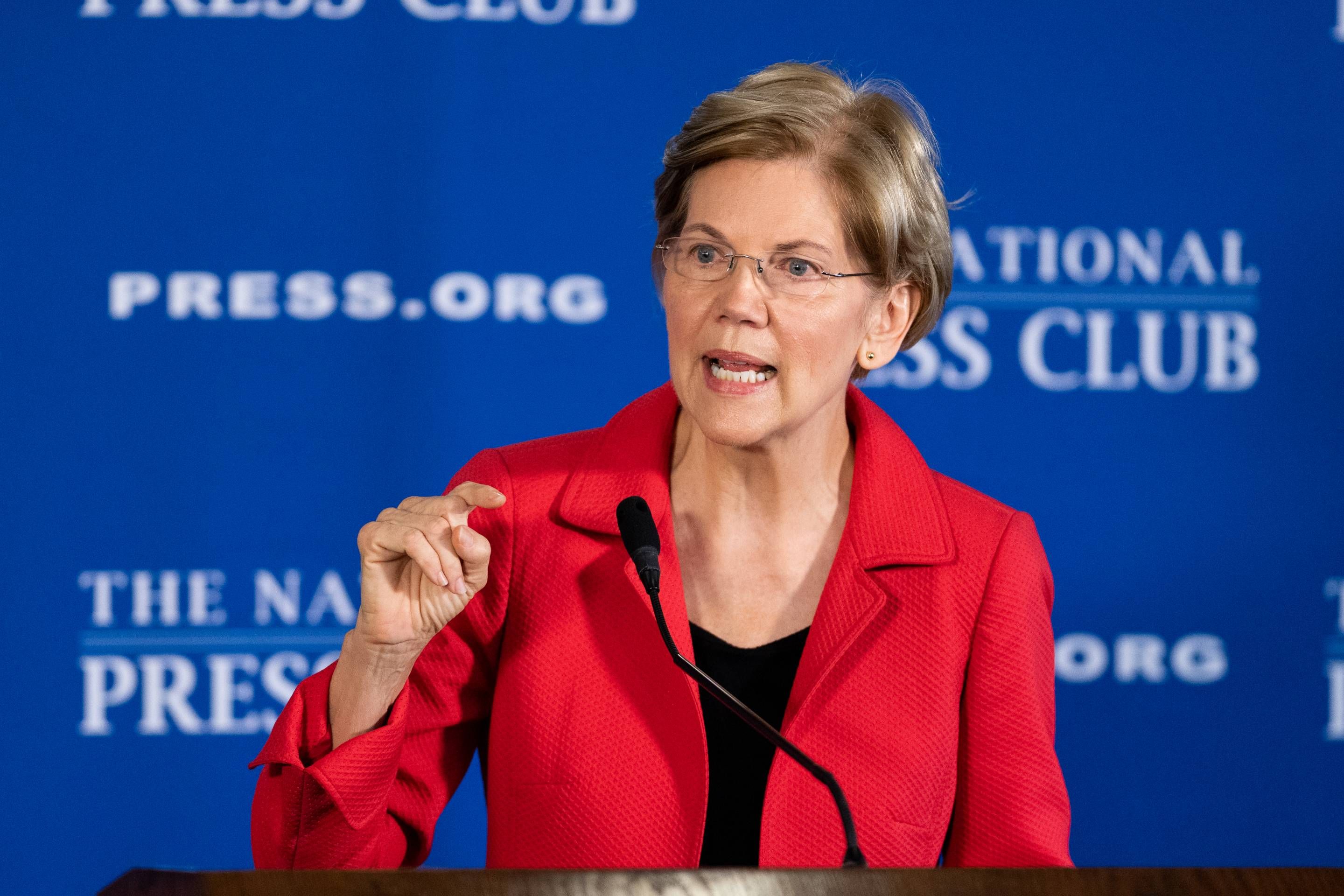 Warren is seeking to stand out in a Democratic field crowded with progressives vying to take on U.S. President Donald Trump in the 2020 election.

Investors shrugged off her comments, with shares in the three companies barely affected.

If she were elected, such a proposal would face multiple obstacles in Congress and the courts.

“They’ve bulldozed competition, used our private information for profit, and tilted the playing field against everyone else.

“And in the process, they have hurt small businesses and stifled innovation,” Warren wrote.

Warren said that she would nominate regulators, who would unwind acquisitions such as Facebook’s deals for WhatsApp and Instagram, Amazon’s deals for Whole Foods and Zappos, and Google’s purchases of Waze, Nest and DoubleClick.

Shares of Facebook and Alphabet were each down less than one per cent on Friday. Amazon.com was down 1.4 per cent.

It is not unheard of for the government to sue to un-do a consummated merger but it is exceedingly rare.

Warren is not the only Democratic presidential candidate to point to economic insecurity, as seen in slow rises in wages and sharply higher prices for essentials like insulin.

The tech companies have come under fire because of their role in rapidly displacing existing businesses.

Amazon has replaced brick and mortar stores and has been criticised for its poorly-paid warehouse workers.

Facebook has angered lawmakers for losing track of users’ data and for not doing more to stop foreign meddling in the 2016 U.S. presidential election.

Google has clashed with smaller companies, like Yelp, over search placements.

NetChoice, an e-commerce trade group whose members include Facebook and other online companies, said Warren’s plan would lead to higher prices for Americans.

“Sen. Warren is wrong in her assertion that tech markets lack competition.

“Never before have consumers and workers had more access to goods, services, and opportunities online,” said Carl Szabo, Vice President and General Counsel for NetChoice.

Public Knowledge, a tech policy group, called Warren’s plan a step toward protecting the next generation of businesses but stopped short of a full-throated support for breaking up the tech giants.

“We need legislation specifically targeted to enhance competition on digital platforms so that there is a real opportunity for new, innovative competitors to succeed,” said Charlotte Slaiman, the group’s policy counsel.

“In some cases, structural separation like Sen. Warren’s plan may be warranted.”

Warren made her political mark by going after big banks after the 2007-2009 financial crises.

In the Senate, Warren continues to be an outspoken critic of Wall Street and is a leader of her party’s progressive wing. Other Democratic lawmakers have also criticised the tech firms.

Vermont’s Bernie Sanders, another presidential candidate, in 2018 even named a bill after Amazon founder Jeff Bezos, the Stop BEZOS Act, which would tax big companies if their employees receive public benefits.