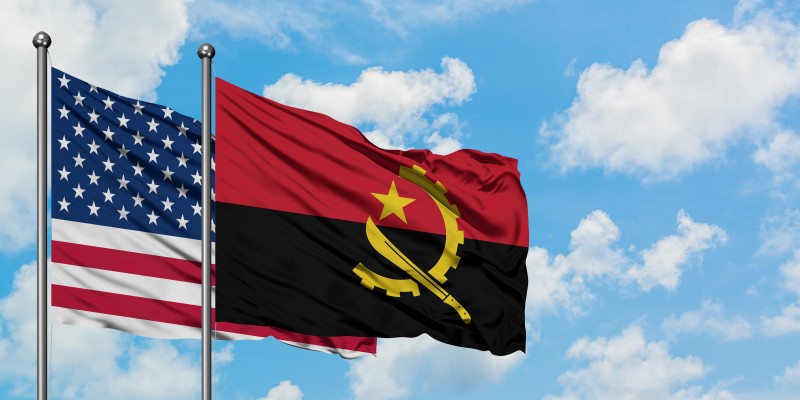 Angola has emerged as the hub of foreign direct investments within Africa, and the prospects of attracting more FDI this year are bright, particularly in the country’s oil and gas sector. The ambitious reform agenda of President João Laurenço and that of the Minister of Mineral Resources and Petroleum, Dr. Diamantino Pedro Azevedo, has already resulted in increased investment from the country’s biggest European operators. This current state of play now presents an opportunity for North American companies to re-engage and re-invest in the Angolan market.

“Angola has repositioned itself as a strategic oil investment hub and has made itself attractive to American oil firms to take a new look as Africa becomes once again a target for the US oil industry,” said Jude Kearney, former Deputy Assistant Secretary for Service Industries and Finance at the U.S. Department of Commerce during the Clinton Administration and President of Kearney Africa. “American and many other foreign investors are paying close attention to the wave of reforms in Angola and will embrace it by investing their dollars. The Angola Oil & Gas Conference on June 4-6, championed by the President, will be key in this regard.”

Angola, the second-biggest oil producer in Africa after Nigeria, has just released a new oil licensing strategy up to 2025, and is about to launch next month and for the first time a bidding round that includes marginal oil fields with an attractive fiscal framework. Angola’s economic recovery is being driven by investments in the country’s oil and gas sector, with the country’s energy sector attracting well over $1bn of investment commitments over the past few months.

The charge is notably led by international oil companies increasing the size of their operations in the country, including Total at Kaombo, ExxonMobil in the Namibe Basin or BP at the Platina Field. US oil & gas service companies like Halliburton or Baker Hughes GE also still dominate the sector and are likely to further invest in technology as the country ramps up exploration efforts. American firms have traditionally led investments within Angola’s oil sector, especially under the Strategic Partnership Agreement the US has with Angola, one of just three in sub-Saharan Africa.

“Angola is back and the oil and gas sector is posed to rebound after the economic recession. We believe the new investment must also include strong support for job creators in the oil sector and for the socio-economic empowerment of Angolans. The market-driven policies are working, and we will encourage the oil industry and the government to work together and do more deals,” declared Sergio Pugliese, President of the African Energy Chamber (EnergyChamber.org) in Angola.

Eni’s recent light oil discovery this year in Block 15/06 confirmed that Angola does not disappoint for whoever is ready to bet on the country’s vast reserves.

“Seeing new oil discoveries in Angola, is yet again great news that there is still a lot more oil and gas to be found in Angola and also solidifies the impression of many US firms that Angola is still the place to be. The gas potential is massive and US technology, if used properly, will redefine Angola’s gas market. Angola has been smart to work hand in hand with US investors and the African Energy Chamber to ensure its reforms meet market demands,” stated C. Derek Campbell, Chief Executive Officer of TransGen Energy, Inc., an integrated global energy conglomerate based out of Maryland.

“This sends a strong message to the industry and we will continue to advocate for the presence of US companies when in comes putting world class fields into development and also focusing on exploration as there is no production without investing in exploration to find more oil,” added Sergio Pugliese,