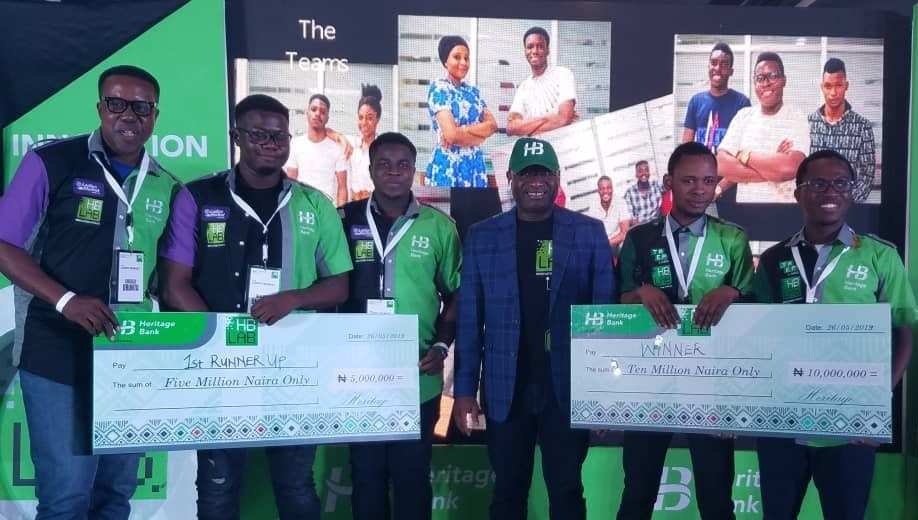 Trep Labs-Real Drip and Ladipomarket.com.ng were the two last startups standing at the maiden edition of Heritage Bank’s Innovative Lab, which won them $40,000 (N15m) as grants.

The bank said the 12-week programme, which held Lagos,  was part of its efforts to support Nigeria’s aspiration to become a leading Information and Communications Technology hub in Africa.

It said the programme sought to provide technology start-ups seeking additional investments to progress and accelerate market introduction/adoption of their solutions with co-working and Internet resources, guidance and mentorship and seed funding.

Out of the seven groups that made the grand finale, Trep Labs-Real Drip emerged the winner with the most compelling solution and won N10m, while Ladipomarket.com.ng won the N5m prize, as the first runner-up, which was equivalent of $40,000.

Speaking at the event, the Managing Director/Chief Executive Officer of the bank, Ifie Sekibo, T”he future of the country lies in the hands of its youth. Our youths are talented, and Heritage Bank is committed to harnessing this talent to grow the economy.”

He noted that although in Nigeria, technology startups still accounted for a relatively small share of all businesses, they had an outsized impact on economic growth because they provided better-paying, longer-lasting jobs than other start-ups, and they contributed more to innovation, productivity, and competitiveness.