Renewable Energy: EU to invest in entrepreneurial ideas in Nigeria

Renewable Energy: EU to invest in entrepreneurial ideas in Nigeria 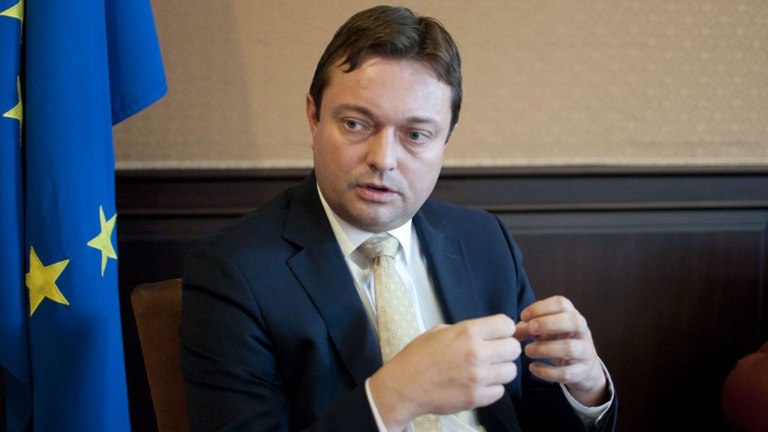 The European Union (EU) is set to invest in entrepreneurial ideas that will boost renewable energy in Nigeria.

Amb. Ketil Karlsen, Head of the EU Delegation to Nigeria and the Economic Community of West African States (ECOWAS), made this known in Lagos on Thursday night during the ‘Green Event’ organised by the union.

The News Agency of Nigeria  (NAN) reports that renewable energy is energy that is collected from renewable resources, which are naturally replenished on a human timescale, such as sunlight, wind, rain, tides, waves, and geothermal heat

Karlsen said the EU would continue to support all efforts toward ensuring that Nigeria meet its target of 30 per cent energy mix by 2030.

The envoy said that the union was enabling communities in Nigeria harness the power of the sun to generate renewable energy.

The EU has set aside 165 million euros (N67.8 billion) for intervention in Nigeria’s energy sector to improve energy access to over 90 million Nigerians and business owners without access to energy.

According to him, already in Nigeria, there is a population of 200 million people, of which at least 80 million people do not have access to clean, affordable and stable energy.

“So already, there is so much to do to have access to energy to provide electricity to hospitals, health facilities, schools and for businesses.

“This is because by the end of the day, without having affordable energy supply, the businesses will not be competitive. They will not be able to compete with other countries.

“We look for investment projects, opportunities to invest in young dynamic entrepreneurs that have the great ideas to boost use of renewable energy.

The ambassador said that ensuring the use of renewable energy should be done in a manner not to undermine the environment.

“It should be done in a manner where we do not add to the already existing climate change in Nigeria and elsewhere.

“So this is the resounding message that we are giving today. Take this matter seriously; listen to the young population; and for everybody to participate in this.

“It is not only for politicians, to show the way.

“It is also for the general population, for each individual, for the families, for the communities and for the businesses to contribute to seeing the provision of clean, affordable, stable energy for Nigerians,’’ he said.

Karlsen said that the EU would help in developing best practices for renewable energy in the country.

He said that Nigeria had set a quite ambitious target 30 per cent energy mix in 2030, which all must work together to achieve.

According to him, the European Union has also decided that nothing under 32 per cent renewable energy in 2030 is acceptable.

“We are already well on our way. We aim for 20 per cent in 2020 and then we will gradually increase.

According to him, fortunately, we see a lot of creativity, a lot of dynamism here in Nigeria in general and Lagos in particular.

“That is why we wanted to come here today, share notes with all of those vibrant industries and creative people; young people in particular; as this is a matter that we need to continue to take seriously.

“We need to put it on the agenda but we should not just leave it for politicians to solve all the problems for us. We should also contribute,’’ Karlsen said.

EU car market to shrink 1 per cent in 2019, industry predicts