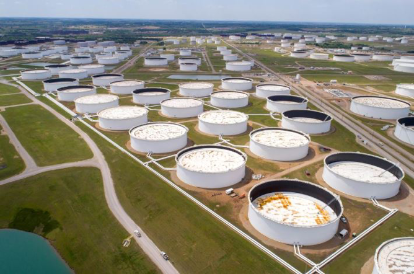 Oil prices edged higher on Monday, helped by a weak dollar and expected U.S. stimulus measures but gains were capped by rising global coronavirus cases and tensions between the United States and China.

The U.S. dollar index reached its lowest since September 2018, hurt by deteriorating U.S.-China relations and domestic economic concerns as coronavirus infections showed no sign of slowing.

“Massive monetary stimulus has bullish implications for oil,’’ analysts from Raymond James said in a note.

They added that oil prices have historically moved upwards with inflation spikes and that the current U.S. money supply increase is unprecedented.

Oil price gains were capped by escalating China-U.S. tensions, following the closures of consulates in Houston and Chengdu.

In Asia, fresh lockdowns were imposed and in Europe, Britain imposed a quarantine on travellers returning from Spain.

Brent is on track for a fourth straight monthly gain in July and WTI is set to rise for a third month.

Helping are unprecedented supply cuts from the Organisation of the Petroleum Exporting Countries and others including Russia.

Output has also fallen sharply in the U.S. although the U.S. oil rig count rose last week for the first week since March.

Oil demand has improved from the deep trough of the second quarter, although the recovery path is uneven as resumption of lockdowns in the U.S. and other parts of the world is capping consumption.