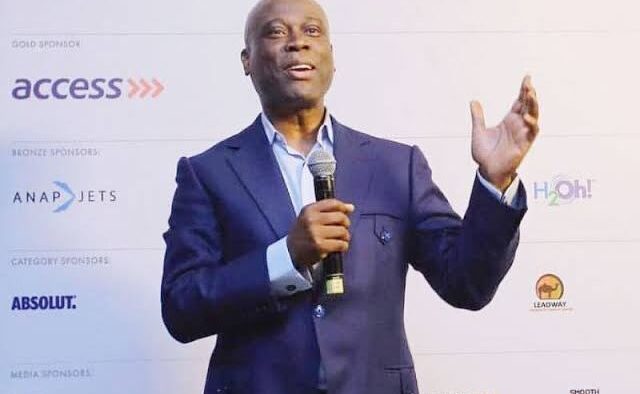 Though Access bank has issued press release to deny that Mr. Herbert Wigwe was arrested by the Economic and Financial Crime Commission (EFCC), it did not deny that Mr. Wigwe was quizzed by EFCC.

Sometime in early January, the news broke that the EFCC arrested Mr. Wigwe the CEO and Group Managing Director of Access bank and some of Access bank officials over credit facilities that Access granted to Slok Nigeria Limited, owned by Senator Orji Uzor Kalu, by the defunct Diamond Bank Plc. Slok was a client and debtor of Diamond bank, a bank that Access bank acquired in 2019.

In March 2019, when Access Bank finalized its merger with Diamond Bank Plc and acquired all its assets and liabilities in the process, one of the liabilities was Slok Nigeria, which a court recently said should forfeit its assets to federal government after its owner was convicted for fraud while he was Governor of Abia State between 1999 and 2007.

The news broke in early January that the Access Bank boss, Herbert Wigwe was arrested for his connection with the assets of Mr Kalu, alleged money laundering for former petroleum minister, Deziani Allison-Madueke, as well as alleged inflation of contracts linked to former Lagos State Governor, Mr Akinwunmi Ambode.

Access Bank, however, disproved these claims, stressing that its officials were at the EFCC to sort out issues concerning Mr Kalu, which it said have been resolved.

From its reaction, the bank confirmed there was a meeting between Wigwe and operatives of EFCC, not at Access bank but at the EFCC office. It also confirmed, though watered down that it was about Slok’s loan with the defunct Diamond bank, now acquired by Access bank. What the Access bank did not admit to, or say is that, Mr. Wigwe was invited for interrogation by EFCC for writing off the loan.

Mr.Wigwe is known to law enforcement agencies in Nigeria and this is not his first rodeo with the law.

Last year, the Special Fraud Unit (SFU) of the Nigeria Police Force, has announced a N2.5billion fraud charge against Herbert Wigwe, as the Managing Director and Chief Executive Officer of Access Bank Plc, his bank and two others before an Ogun State High Court, Sagamu.

Wigwe and Access Bank Plc are standing trial on a five-count charge, alongside 41-year-old Alawode Oluseye and Bayo Adesina before Justice N.I. Agbelu of the Ogun State High Court in Sagamu.

In the charge marked HCS/010/19, SFU alleged that the Access Bank boss and others, sometime in June 2017, at the premises on Metal Africa Steel Products Limited, Kilometre 16, Ikorodu/Sagamu road, Ewe Jagun, Ogun State, conspired among themselves to have unlawfully effected the sale of 23,754.413 metric tonnes of steel billets, belonging to BMCE Bank International Plc for N2,572,500 billion to Africa Steel Products Limited.

Wigwe and other defendants were also alleged to have obtained the sum of N2,572,500 billion, from Africa Steel Mills Limited by false representation that they were the owners of the said steel billets.

In 2016, Africa Inquirer received a classified document implicating some Nigerian commercial banks in money laundering in Ghana. The document is an Ernst and Young auditing report indicting the banks, leading to sanctions by the Bank of Ghana (BoG) after uncovering the massive rot in the transfer of foreign exchange from Ghana through commercial banks.

In the mind-boggling report, hundreds of millions of foreign exchanges in US Dollar, Euro and British Pounds Sterling were transferred out of the country between October 2013 and November 2014 with the banks’ disregard to the compliance of the Foreign Exchange Act. Consequently, the BoG had descended heavily on some of the banks with the imposition of pecuniary penalties against them. There are also copies of letters from the Central Bank to five commercial banks informing them of the imposition of penalties totaling GHc6,658,740 on them “in a bid to ensure that banks respect the rules with regard to compliance with the Foreign Exchange Act.” The offending banks were Access, Zenith and Stanbic. The banks were fined- Stanbic was fined GHc5,423,370 followed by Access Bank with GHc748,000. The rest were Zenith Bank, GHc174,000 and Societe Generale Ghana Limited, GHc 108,590.

The revelations followed preliminary investigations conducted by the BoG into transfers of foreign exchange, and a special audit of forex transactions conducted by renowned Chartered Accountants and Management Consultants, Ernst and Young, on behalf of the Central Bank.

In July 2016, Africa Inquirer contacted Abdul Imoyo for Access bank’s reaction to the story of money Laundering charges in Ghana, and he responded thus: “The Bank of Ghana had subsequent to that on 8th July, 2015, issued a letter that acknowledged that all related transfers were supported by documents.” We asked for a copy of the letter, to date, Access bank has not responded.

Access Bank Introduces New Way For Nigerians To Pay For Their iPhones, others
businessTimes

Access Bank Introduces New Way For Nigerians To Pay For Their iPhones, others