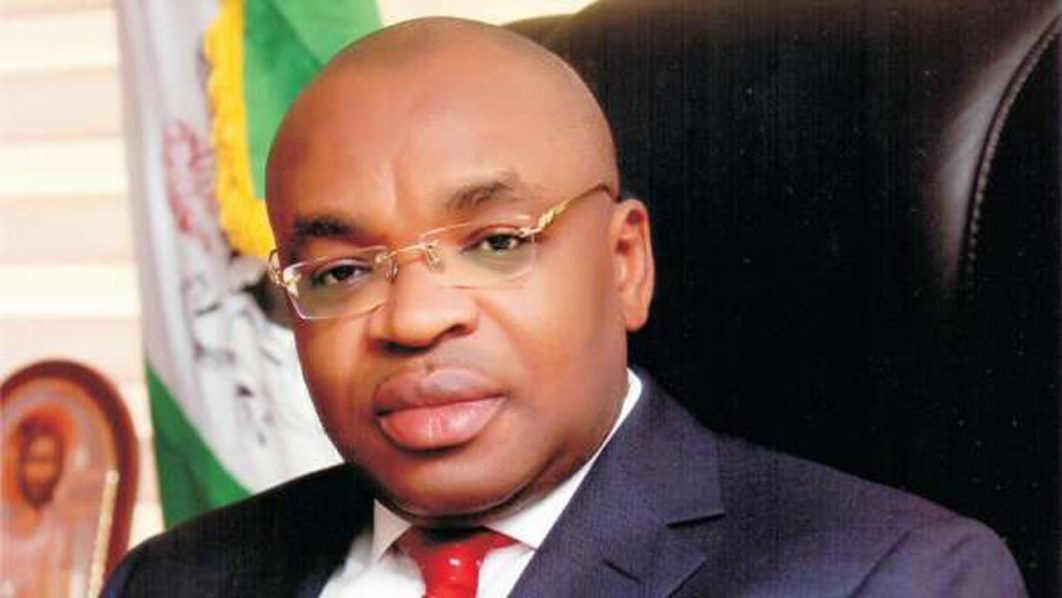 Gov. Udom Emmanuel of Akwa Ibom on Wednesday presented 2019 budget of N670.72 billion to the state House of Assembly for consideration.

The News Agency of Nigeria (NAN) reports that budget christened “Budget of Industrialisation for Poverty Alleviation,’’ is higher than that of 2018 figure of N646.65 billion by N24.07 billion.

It is made up of N97.09 billion recurrent expenditure, N445.94 billion capital expenditure and consolidated revenue of N127.69 billion.

Emmanuel said that the total projected recurrent revenue for the 2019 fiscal year was N374.24 billion as against N289 billion estimated in 2018.

He said the budget was predicated on oil benchmark of $60 per barrel at a production rate of N2.3 million barrels per day, with estimated exchange rate of N305 per US dollar.

The governor said that the 2019 budget was intended to establish more industries and attract more direct foreign investments.

Emmanuel said that the preparation of the budget was guided by the International Public Sector Accounting Standard (IPSAS).

He said the policy objectives of the 2019 budget were to broaden and diversify the state’s resource base through improvements in the collection of Internally Generated Revenue (IGR).

The budget would also boost production of local businesses through the promotion of trade, commerce and tourism between the state and the rest of the world.

According to him, the policy objectives of the budget will also aim to develop agriculture through the supply of improved agricultural inputs, credits and extension services.

The governor said that the policy objectives also aimed to maintain a good working relationship with the central government in order to attract federal presence to the state.

He added that the 2019 policy framework would be to ensure accountability and transparency in government by fighting and tackling corruption in all facets of state administration.

A breakdown of the sectoral allocation of the capital expenditure showed that N100.66 billion was budgeted for administration while economy was allocated N286.12 billion.

Law and Justice got N10.07 billion while regional and social sectors were allocated N1.96 billion and N47.13 billion respectively.

Further highlights of the budget showed that roads, works and transport got the lion share of N157.31 billion while education was allocated N15. 05 billion.

In his remarks, the Speaker of the assembly, Mr Onofiok Luke, assured the governor that the lawmakers would quicken the consideration process to ensure speedy passage of the appropriation bill. (NAN)