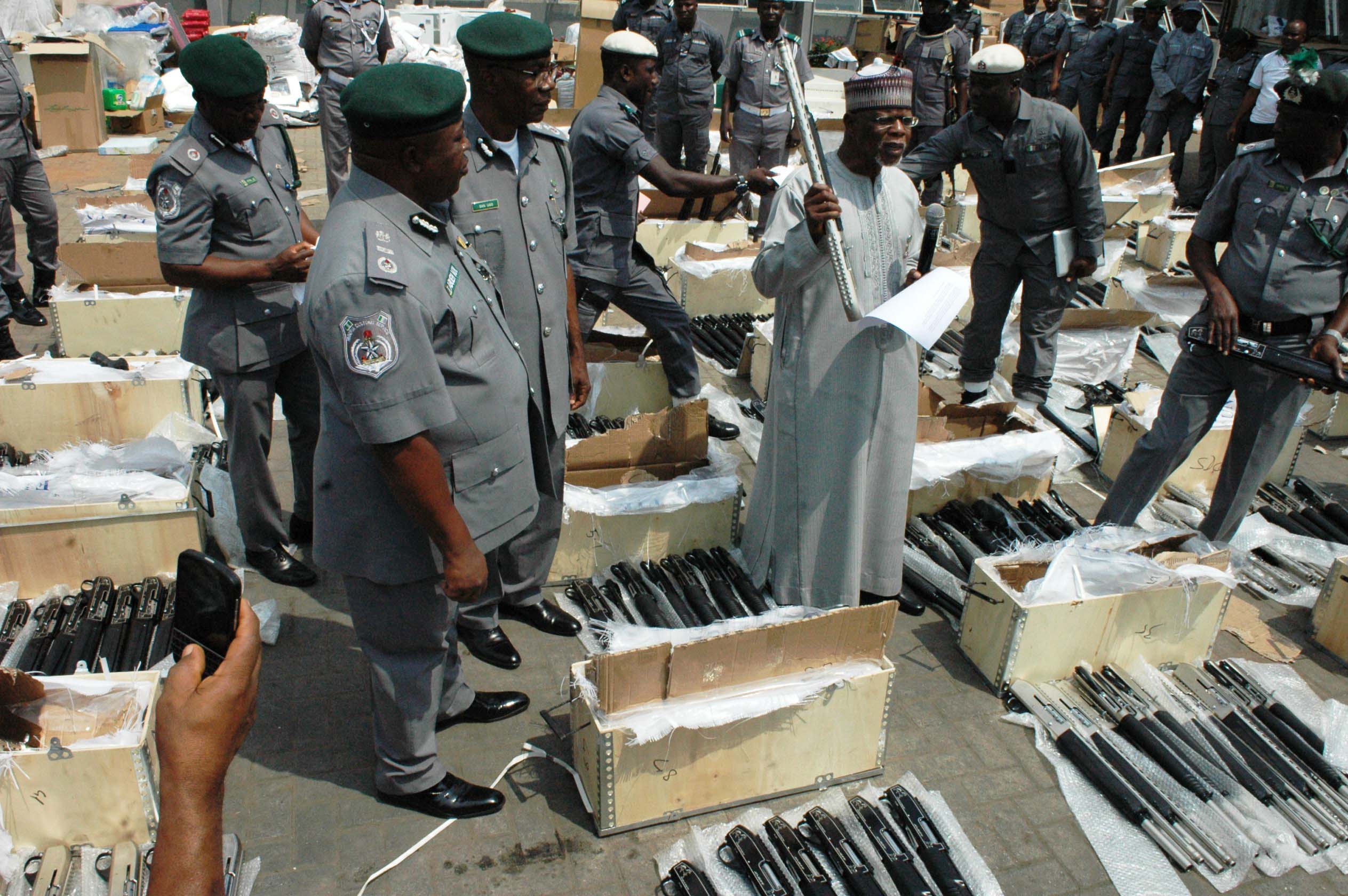 The Nigeria Customs Service (NCS) Federal Operations Unit (FOU) Zone ‘B’ says it has seized 35 different contrabands and impounded 19 vehicles on the Kano and Jigawa axis.

The Controller of FOU zone B, Mr Mustapha Maishanu, disclosed this while briefing newsmen shortly after inspecting the items in Kano on Friday.

Maishanu said that the seizures were made within the last two months.

He said that all the seized items had a total duty paid value of N76.4 million, pointing out that the four suspects arrested in connection with the seizures had been given administrative bail.

He disclosed that some bags of the foreign rice were concealed in Dangote and Bua flour bags in an attempt to deceive “our officers and men working along the Highways and nation’s borders”.

He said that the smugglers had also devised new ways of re-bagging foreign rice in Royal Stallion sacks, with the inscription ‘Parboiled Rice’ on one side of the sacks.

“This is a complete deception aimed at deceiving both our people and buyers of the commodity if they had escaped scrutiny and were able to get to their destinations,” he said.

Maishanu called on the public to continue to assist the Nigeria Customs with useful information on the illegal activities of smugglers in the country to save the country from losing huge revenue.

The Controller said that NCS would not relent in its determination to check the activities of smugglers in the zone. (NAN)