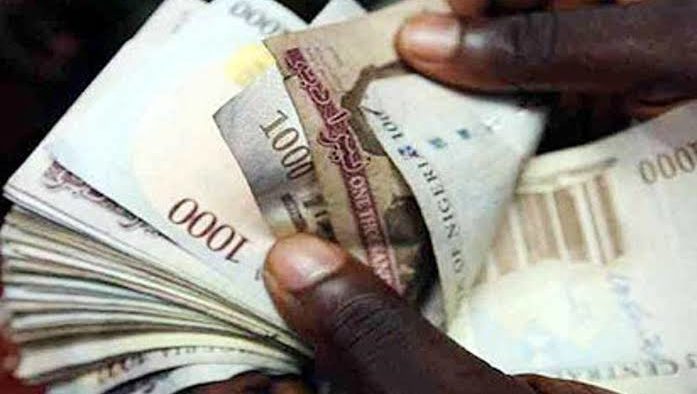 Coronation Merchant Bank on Wednesday expressed optimism that the nation’s currency would not be devalued in 2020 as being speculated in some quarters.

This, among others, were the resolutions reached at the Coronation Breakfast Session with the theme: “Re-risking the financial system,” held in Lagos.
Speaking at the event, Mr Guy Czartoryski, Head, Research, Coronation Asset Management, the guest speaker, said that Naira would not be devalued in 2020.
Czartoryski expressed optimism that the Central Bank of Nigeria (CBN) had mapped out policies that would ensure exchange rate stability.
Czartoryski said that the Central Bank of Nigeria (CBN) would keep the exchange rate at close to N362.50 per a dollar for most of 2020.
“Although foreign exchange reserves fell steeply during the second half of 2019, we believe there will be sufficient sources of US dollars in 2020 for the CBN to support foreign exchange reserves.
“These include possible issue of eurobands and international loans.
“The recent history of the Naira/US dollar exchange rate shows that 20 per cent over-valuation of the Naira, in terms of fair value, is associated with devaluation.
“Such a level may be reached during 2021, but the risks of this happening in 2020 are low,” he stated.
On interest rate, he anticipated downward pressure on T-Bill and government bond rates to continue as domestic funds rotate from high-yielding CBN OMO bills into government securities.
Czartoryski noted that bank earnings may suffer somewhat from the CBN’s initiative to limit the scope of card charges.
He noted that “this will likely be offset by balance sheet expansion and a degree of interest rate protection from high-yielding securities.
Also speaking, Mrs Iyobosa Sorae, the bank’s Head, Trading & Fixed Income, said that Naira devaluation would not happen in the short-term, 2020.
“If you look at where we are today, if you look at output on month-to-month, I think we are well positioned to weather this year.
“To put a caveat to it, we are looking at the short-term, we are speaking for just 2020, we are not speaking into 2021,” Sorae said.
According to her, the apex bank had already put in place strategies to ensure naira stability such as issuance of Euro Bond and bilateral loans, among others.
Sorae stated that the $3.5 billion eurobond that would be issued when concluded would boost the nation’s foreign reserve and help in mitigating currency risk.
“The eurobond that is going to be issued, they are currently on a road show that should happen probably before the end of the first quarter or early in the second quarter.
“The $3.5bn eurobond would add to the nation’s reserve, if you look at where we are, we are about $36 billion and if you add the eurobond money it will take the reserve to about $39 billion.
“We can decide to take bilateral loans from the likes of the World Bank and IMF.
“We can decide to take these loans and if we are taking the loans in tranches of a billion, two billion it then means that foreign exchange reserve at the end of the day might be comfortably be sitting at 40 billion dollars.
“If we get 40 billion in reserves do we see a devaluation?
“It’s based on these statistics that we are saying for this year, we think CBN is on the right foot as regards the currency,” she added.
Earlier, in his opening remark, Mr Banjo Adegbohungbe, the bank’s acting Managing Director, said that the company would continue to provide clarity in spite of uncertainties in the market place.
Adegbohungbe said that despite uncertainties in economic indices and parameters, interest rate, Coronavirus, exchange rate and interest rate, there was still opportunities in the investment horizon.
He said that the recent introduction of the Over-the-Counter – Non Deliverable Forwards  (OTC-NDF) by the CBN and the FMDQ Group would boost the growth of foreign direct investment (FDIs).
The CBN on Feb. 13 introduced the much awaited long-dated FX Futures, extending the maximum contract tenor to up to five years.
Speaking to journalists on  its 2020 outlook, Adegbohungbe said the introduction of the OTC-NDF by the CBN was an opportunity for foreign direct investments to grow.
He added that it was critical for a country like Nigeria to experience a shift from foreign portfolio investment (FPIs) to FDIs.
Banjo said: “We think that this initiative from the Central Bank will in the long term encourage foreign direct investment.
“FDIs are important to GDP growth, to address unemployment, create jobs amongst others.
“When FDIs are talked about, we are competing with other emerging markets and those other markets are coming up with initiatives as to how to attract FDIs and we think that this is a good initiative that has come up and in the long term will attract FDIs,” he said.
Tags:
Previous Article
SON advises Firms on measures to boost consumers’ confidence, Global Competitiveness
Next Article
Improved electricity: Don urges FG to resolve challenges