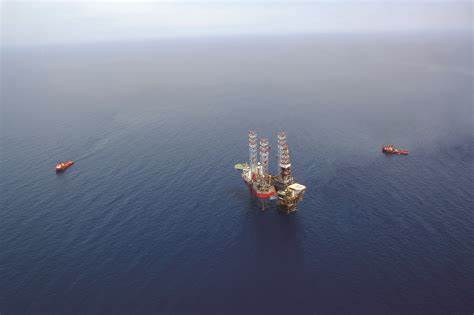 Africa Oil Week 2022 saw the continent define an assertive new position: that Africa will determine for itself how best to balance sustainability with its own development needs.

This year the African Union became an official partner of Africa Oil Week (AOW), helping to make the event a triumph for African unity, and promoting Africa’s ability to assert itself and define its own energy future.

The continent is speaking with one voice to address pressing challenges related to combating energy poverty on the continent and defining what a just transition means in the African context.

“It’s important for us to come together as Africans to discuss and solidify what is best for us among ourselves so that we can move forward,” says Rashid Ali Abdallah, Executive Director for the AU’s Africa Energy Commission (AFREC).

“What we really need in Africa is investments, and this conference brings together all of the investors, all the developers and all of the member states that can make that business happen,” he continued.

A major theme throughout this year’s event was the need to define the “just energy transition” for the African context, and for Africans to make these assertions for themselves, rather than following a western energy-transition agenda that does not apply to the continent.

“Energy transition for Africa is to transition from a position of ‘no energy’ and should be based on the African position of promoting access to energy,” said Ali Abdallah.

This year’s AOW attracted more than 50 government ministers and officials, and over 1 800 delegates, including key investors and business leaders with an eye on Africa as a potential catalyst for tackling the global energy crisis.

Africa’s rich energy resources were another key focus. Several African countries presented showcases of what their countries have to offer in the context of the global economic downturn, the war in Ukraine, and the recent G7 cap on the price of Russian oil exports, as part of a new sanctions package against Moscow.

Several key discoveries and licensing announcements were made on the AOW stage during the five-day event, held at the CTICC in Cape Town this week. Highlights included exclusive insights to the 30 licences being promoted within the DRC including 27 oil blocks and three gas blocks. The event also showcased the Cote d’Ivoire Baleine East 1X well, the first exploration well in block CI-802 and second discovery on the Baleine structure offshore. The Summit also hosted the Namibia government who did an exclusive showcase with TotalEnergies detailing the Venus discovery of light oil with associated gas, located in block 2913B in the Orange Basin.

Keynote speakers, government representatives, analysts, industry leaders and panellists discussed critical factors impacting the industry on the continent. Key among these is development financing for emerging oil and gas projects, and access to affordable, reliable energy for both production and household use in Africa.

Paul Sinclair, VP of Energy & Director of Government Relations, Africa Oil Week and Green Energy Africa, said, “AOW and GEA will continue to be critical enablers in the African energy sector, by bringing together key players, governments and investors for the end goal of sustainable energy development on the continent.”