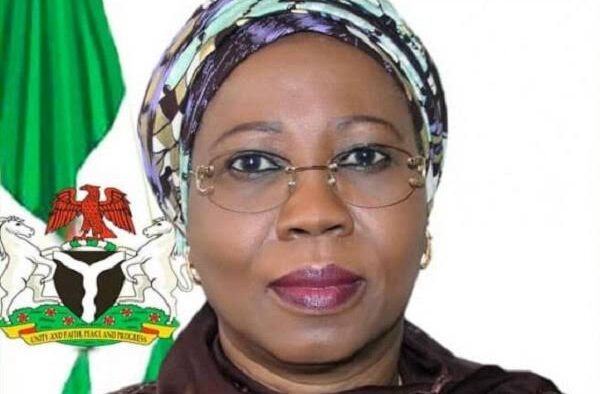 Amb. Mariam Katagum, the Minister of State for Industry, Trade and Investment, says no fewer than 237,138 have so far benefited from the Federal Government’s special interventions to Micro, Small, Medium Enterprises (MSMEs) in the North-West.

The MSME Survival Fund and Guaranteed Off-take Scheme is a programme of the federal government under the Nigeria Economic Sustainability Plan (NESP) which was launched in September 2020 to overcome the challenges posed by the COVID-19 pandemic.

Katgum made this known on Tuesday in Kano, at a townhall meeting with some of the beneficiaries of the scheme in the zone.

She said that those MSMEs benefited under five components which are the Payroll Support, MSME Grant Scheme, Artisan and Transport Scheme, CAC Formalisation Support Scheme and Guaranteed Offtake Scheme.

Katagum, represented by the Director-General, Small and Medium Enterprises Development Agency of Nigeria (SMEDAN), Mr Wale Fasanya the programme was introduced as intervention to support micro and small businesses affected by the COVID-19 pandemic across the 36 states and the FCT Abjua.

“The anticipated impact of the programme was to directly engage 100,000 MSMEs in the production sector alone and save at least N1.3 million jobs.

“The programme gave female-owned MSMEs special focus of 45 per cent, five per cent for those with special needs,” she said.

The minister said that the target beneficiaries were self-employed entrepreneurs, and micro and small businesses registered in the country.
Katagum noted that the implementation of the programme yielded positive results.

She said that, under the Payroll Support Scheme, the target was to augment the payroll obligations of MSMEs in the health, education, production, hospitality and food production sectors across the country.

“Other programmes are the artisans and transport scheme, 398,260 self employed individual and MSMEs benefited with N30,000 each.

“Under the scheme, 37,024 benefited while the CAC Formalisation Support Scheme has 250,000 beneficiaries, across the country,” she said.

The minister explained that the government would inaugurate more programmes to boost economic activities and improving the living condition of people in the country.

Certificates were also presented to some of the successful entrepreneurs.

The benefitting entrepreneurs expressed delight and commended the Federal Government for the initiative.

Malam Ibrahim Aminu of KKU Global Links, said that he was into import and export of agricultural products.

Aminu urged the government to release more finds for such programmes to enhance socioeconomic activities in the country.

The federal government said the interventions which would gulp a total of N75 billion are part of the N2.3 trillion NESP currently being implemented by the President Muhammadu Buhari-led administration to help cushion the impact of the pandemic with a view to boosting the economy by saving existing jobs and creating new job opportunities.

The federal government said so far, N66 billion has been disbursed directly to 1.26 million beneficiaries.

It said 38 per cent of the beneficiaries were women including two per cent to people with special needs.