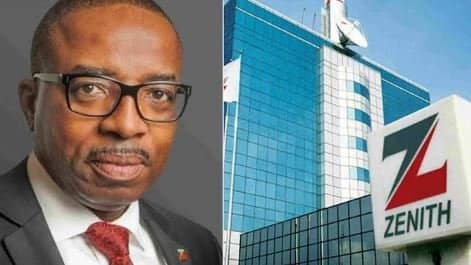 A Federal High Court in Lagos has remanded till December 1, the Asaba branch manager of Zenith Bank Plc, Mr. Fidelis Egueke, pending hearing and determination of his bail application over N179.4m Fraud Charge.

The order followed Egueke’s plea of ‘not guilty’ to three counts of conspiracy and N179million fraud.

lovetvnews reports that the prosecution counsel Morufu A. Animashaun, told the court that between May 14, 2010 and December 31, 2019, at No. 2 Balogun Close, Ikoyi, Lagos, the defendant and others on the run conspired to obtain the said sum from a firm, Global Select Investment Services Ltd, “by false pretence that he will help the firm sell some goods and remit money to its bank account.”

Animashaun alleged that the defendant, upon selling the goods, diverted the proceeds to his Zenith Bank Account Number 1020019782, but told Global Select Investment Services that most of the goods imported from the USA were inferior and of low demand.