Why FG must revive cotton farming in Nigeria – KADCCIMA

Why FG must revive cotton farming in Nigeria – KADCCIMA 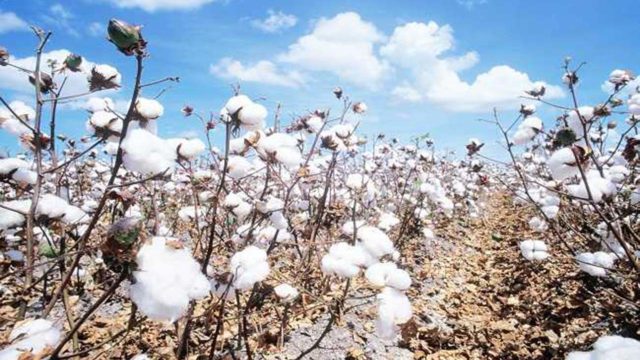 The Director-General of KADCCIMA, Alhaji Usman Saulawa said this when the leadership of the chamber paid a courtesy visit on the Management of the News Agency of Nigeria (NAN) in Abuja.

The visit was to part of the chamber’s activities to garner publicity for the upcoming 40th Kaduna International Trade Fair scheduled to hold from March 28 to April 7.

The delegation was received by the Managing Director of NAN, Mr Bayo Onanuga, the Editor-in-Chief, Mr Idris Abdulrahman and other members of the NAN management team.

Saulawa said that in the 1960s, Nigeria was on its way to becoming an African leader in textile manufacturing, with about 2 million cotton farmers in the country’s production belt.

He recalled when the Kaduna State Chamber of Commerce used to issue an average of 40 “Letters of Origin” to cotton growers who export their produce.

However, he said that unfavourable policies and price fluctuations in the late 1990s dramatically affected the fortune of the textile industry, to the extent that textile mills began to shut down.

He also recalled that in Kaduna state, thousands of people working at these textile companies lost their jobs, while cotton farmers, left with little patronage, abandoned the trade and moved to other products.

Saulawa praised the new initiative of the Central Bank of Nigeria (CBN) to place restrictions on the importation of textile goods into the country.

He said that such plan would lead to the revival of cotton farming and garment production, just as it did to rice production in the country.

He recalled that when the CBN placed restrictions on rice importation, many people were angry because they were all used to eating foreign rice, “but now, more than 60 per cent of Nigerians consume local rice.”

Saulawa predicted that the same would happen in the cotton, textile and garment sector of the economy if cotton farmers are empowered with sufficient funding and quality seeds.

“So for us at KADCCIMA, it’s a good development. I know those who are importing these things will not be happy, but we believe that certain sacrifices must be made.

“This is because the importation of textile and substandard garments are part of the things that destroyed the textile industries in the country.

“Those who import textile goods are contributing to destroy the textile companies that are already barely surviving.

“The restriction will also force those who are into textile importation to try and establish factories in Nigeria to help grow the economy,” he said.

Saulawa said also that the initiative would help preserve the country’s foreign exchange reserves for use by critical sectors especially manufacturing.

Also, the President of KADCCIMA, Dr Muheeba Dankaka, said that with the new development, the local textile producers will be able to compete favorably with foreign producers.

“Foreign fabric importers are now forced to either abandon the business or use their hard earned money to buy foreign exchange on the streets, which is definitely more expensive.

“With time you will find out that foreign fabric like laces, hollandaise, etc will become more expensive and the local ones, cheaper.
“This will lead to improved local patronage just like it happened with rice,” she said.

Available CBN statistics show that over four billion dollars is spent annually on imported and other ready-made clothing, while many of the country’s textile and clothing factories are dying.

This led to the recent decision of the CBN to add all forms of textile materials on the list of items restricted from accessing foreign exchange at official exchange rate of N306.95.

In 2015, the CBN restricted the availability of foreign exchange to the importation of 41 items which could be competitively produced within the economy and the list has increased overtime.

Since then, the CBN has raised the number of items affected on the list to 43, with the inclusion of fertiliser and textile products.