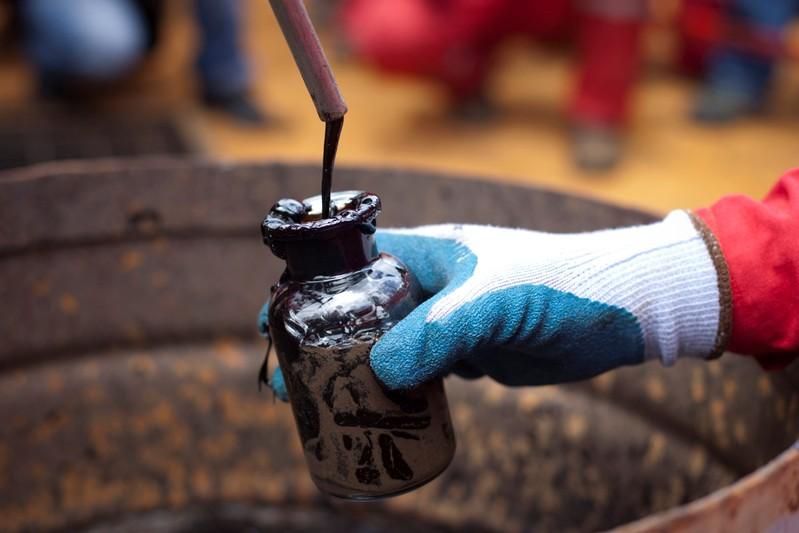 Tighter U.S. sanctions on Iranian oil planned for May are adding to a wealth of factors curbing global supply of heavy-medium crude, driving up prices for scarcer barrels and setting up a stand-off between buyers and sellers.

The new curbs on Iranian exports come on top of Washington’s earlier ban on Venezuelan crude and output snags in Angola, another big producer of the dense crude grades that best yield lucrative refined products like jet fuel.

U.S. officials say overall global oil supply will remain plentiful despite its sanctions, not least from the boom in U.S. shale. But much of the profusion in supply, led by the United States, Saudi Arabia and Russia, is in lighter grades.

The price for heavier crudes like Norway’s Grane and Heidrun has been firming over the last few months, a North Sea trader said. Over April, the price of Grane rose from around dated Brent plus 10 cents to close to dated Brent plus 1.00 dollar a barrel.

This month Iraq’s SOMO sold 2 million barrels of Basra Heavy crude to China’s Unipec at a premium of over 2 dollars a barrel to its official selling price (OSP), the highest in months, sources said.

Refiners are also seeking more of the heavy sweet crude Iran and Venezuela once provided in abundance to produce low-sulfur fuel oil ahead of new shipping emissions rules due next year.

“Over the past week we have seen heavy, sweet crude differentials rising markedly, as the long-awaited IMO impact has started to leave its mark on the crude market,” JBC Energy said in a note on Monday.

Price offerings for several Angolan streams, an approximate alternative to Iranian and Venezuelan crude, were at their highest ever, traders said.

State oil company Sonangol was said to have sold a cargo of one of its heaviest grades, Dalia, over the last week for 2 dollars a barrel above dated Brent, a 7 dollars increase from two years ago. Typically, the grade trades at a discount of 1 dollar or more

While some clients are prepared to buy at elevated prices, others are holding back. “We’re resisting it as much as possible,” one potential buyer said.

Some of Sonangol’s regular customers balked at the mark-ups, prompting the company to offer the crude to other buyers instead as spot cargoes. These have sold quickly, trading sources said.

The current stand-off between buyers and sellers comes down partly to uncertainty over just how much Iranian crude may still flow, crucially to top consumer China, after the May 1 deadline the U.S. has imposed for importers to halt purchases.

China’s foreign ministry this week said Beijing had formally complained to the United States about the move.

Analysts expect China may flout the restrictions, especially since Washington may be loath to sanction Chinese companies importing Iranian crude which are at the same time key buyers of U.S. oil and liquid natural gas.

Sweden’s SEB says Beijing could lift its imports of Iranian crude in the coming months from some 600,000 barrels per day in March to around 1 million bpd, bucking U.S. pressure, while exports elsewhere under the sanctions radar could reach another 500,000 bpd.

That would make it harder for sellers to get away with higher prices.

“Decisions on buying will be easier to make when it’s clearer how much Iranian (crude) will still be flowing,” a trading source said.