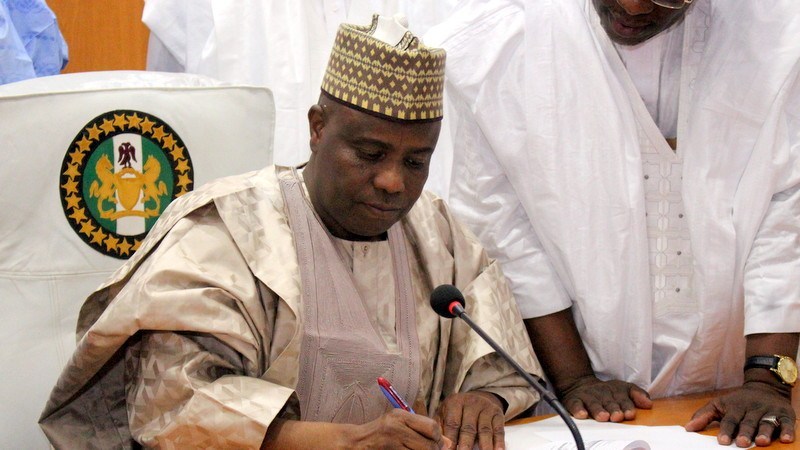 Gov. Aminu Tambuwal of Sokoto State,  on Wednesday appealed to investors in the United Kingdom to invest in the extractive industries in the state.

Tambuwal made the appeal when he received the British High Commissioner in Nigeria, Catriona Laing, on a courtesy visit at Government House Sokoto.

Tambuwal was hopeful that the partnership between UK and Sokoto state would boost the exploitation of the rich natural endowments of the state.

He harped on the need for more engagement between the state government and the UK  for the attainment of the set objectives.

He also assured of his administration’s resolve to ensure peaceful coexistence among the people and protect the  lives and properties  of all residents.

Tambuwal expressed the hope that British government would continue to support the Federal Government to ensure adequate security in the country.

The governor assured the High Commissioner of the state’s plan make direct contact with British investors for the establishment of shoe factory in the state.

Earlier, the British High Commissioner in Nigeria, Laing,  described Sokoto as an important partner, saying that he was in the state to deepeen and strengthen the ties between British and Nigeria.

Laing said that he would work to strengthen existing ties especially in the areas of economy and security. (NAN)