Stocks, currencies firm up ahead of U.S. Fed outcome

Stocks, currencies firm up ahead of U.S. Fed outcome 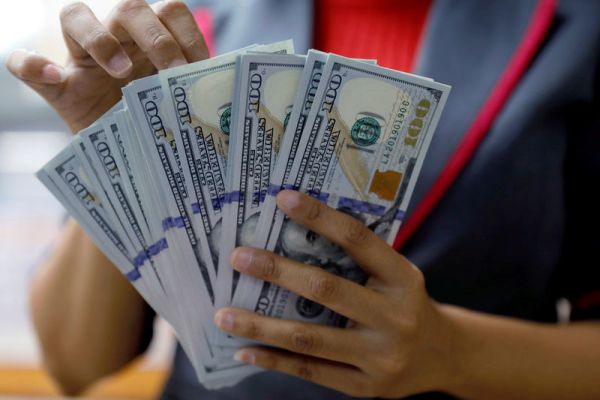 Markets have largely priced in a U.S. rate cut in July.

Sentiment was also aided by U.S. President Donald Trump on Tuesday, saying he would meet Chinese President Xi Jinping at the G20 summit later this month.

There is broad scepticism, however, among investors as to whether the two world leaders can plaster over the deep fissures in their countries’ trade ties.

“The Fed’s really going to have to stress and really define the words ‘patience’ and ‘caution’ as markets are very on edge at the moment and they will take anything that comes out of Fed officials’ mouths as gospel,’’ said Monex Europe FX Analyst Simon Harvey.

“They have to be very clear and sing from the same hymn sheet or all it’s going to do is increase speculation and market volatility, making their job even harder.’’

Stocks in China gained one per cent, while Chinese blue-chips tacked on 1.3 per cent on optimism of easing U.S.-China tensions and local stimulus.

Russia’s rouble firmed, while Moscow-traded stocks advanced 0.3 per cent, aided by a 0.5 per cent rise in the price of oil supporting energy stocks.

The rand held around 2-1/2-week highs it hit against the euro on Tuesday, boosted by demand for carry trades, which use the euro as the funding currency.

“While there are so many risks at play in South Africa, people are still happy to take that carry, regardless,’’ said Monex Europe’s Harvey.

A report said the U.S. is considering sanctions that could target Turkish defence firms, cutting them off from the U.S. financial system over Ankara’s purchase of a Russian defence system, weakening the lira 0.4 per cent.

Tatha Ghose, FX and EM Analyst at Commerzbank, said: “renewed lira weakness brought back memories of last year’s crisis while the uncertainty surrounding the Istanbul re-election of June 23 and potential sanctions because of Turkey’s S-400 missile purchases from Russia are all weighing on business sentiment.’’