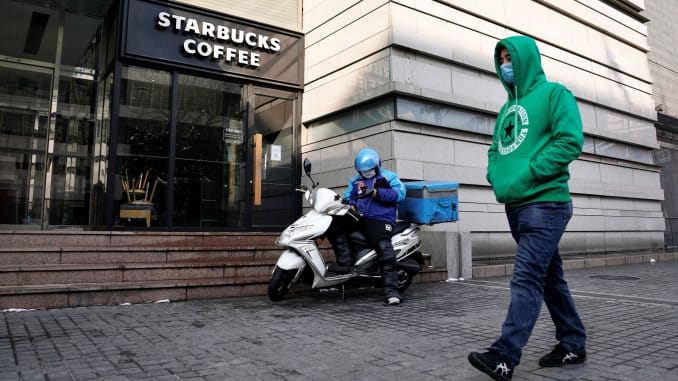 Starbucks has reopened most of its cafes in China after temporarily closing them to stop the spread of the COVID-19 outbreak.

CEO Kevin Johnson wrote in a letter to employees on Thursday that the company has 85% of its stores open across China, including its Reserve Roastery in Shanghai. Starbucks has roughly 4,300 cafes in the Asian country, which is its second-largest market.

“With the number of new cases in China slowing, we are seeing the early signs of a recovery in the region,” Johnson wrote in the letter.

The global coffee chain closed more than half of its Chinese cafes in January in response to the virus.

The company did not share any updates on the expected financial impact of the temporary closures. Starbucks said in late January that it expects that the virus will “materially affect” its results for the fiscal second quarter and fiscal 2020. China accounted for 10% of Starbucks’ revenue during its first quarter.

Shares of Starbucks, which has a market value of $93.1 billion, were down 1.7% in morning trading amid broader market losses.