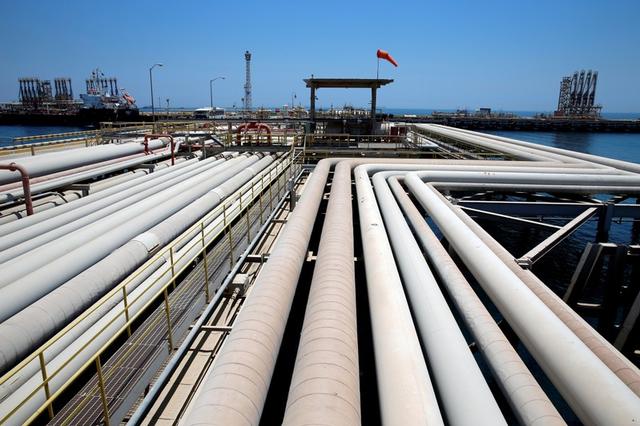 Saudi Arabia’s oil output may edge up in June, sources familiar with the kingdom’s policy said but the extra crude may be used for domestic power generation rather than providing the boost to exports that Washington has been seeking.

The sources said any rise in Saudi output would still be within its output quota in a pact on supply cuts agreed between OPEC and its allies, a group known as OPEC+.

Production from the world’s top crude exporter in May is expected to be around 10 million barrels per day (bpd), slightly higher than April but still below its quota under the OPEC-led pact of 10.3 million bpd, industry sources said.

One of the sources said the May output rise was not related to Washington’s push for more OPEC oil after it ended waivers granted to buyers of Iranian oil. The waivers had allowed them to purchase crude from Iran despite U.S. sanctions.

U.S. President Donald Trump said last week he had called Saudi Arabia and OPEC and told them to lower oil prices, but he did not say who he spoke to or when the conversations took place.

Oil prices rose to a six-month high last week above 75 dollars a barrel, partly due to concerns about falling Iranian supplies. Brent was trading around 70 dollars on Thursday.

“The Saudis want oil prices to stay at current levels at least for a month or two. They don’t want to raise their production above the 10.3 million bpd, because they are part of the OPEC+ pact, but they are also being pressured by the U.S. to increase their output,” one of the sources said.

“One thing for sure is that if customers asked for more oil they (the Saudis) will then raise output,” the source added.

Saudi Arabia wants oil prices of at least 70 dollars a barrel this year as it seeks to boost the economy with extra spending, finance economic reforms and fund its four-year war in Yemen.

The kingdom estimates it will have a budget deficit of 4.2 per cent of gross domestic product in 2019. But the International Monetary Fund forecasts a deficit of 7.9 per cent based on oil prices remaining in the mid-60 dollars a barrel range.

Another source familiar with Saudi oil policy also said the kingdom did not want to raise output above 10.3 million bpd until the current global supply pact expired in June.

“But it is not clear now what will be the demand from the customers. Apart from Iran, there are also some serious concerns about the situation in Venezuela and Libya,” the source said.

Oil supplies have also tightened because of U.S. sanctions on Venezuela and another flare-up of fighting in Libya. Outages in Nigeria and the contamination of Russian oil in a major pipeline to Europe have added to supply concerns.

The Organisation of the Petroleum Exporting Countries and its allies agreed to reduce output by 1.2 million bpd. They meet on June 25-26 to decide whether to extend the pact.

Saudi crude exports allocations for June are expected to be issued around May 10. State-run Saudi Aramco is expected to release its official selling prices for Saudi crude next week, industry sources said.

The kingdom is expected to raise June prices for all crude grades it sells to Asia to track stronger Middle East benchmarks, trade sources said on Thursday.

The move may discourage buyers of Saudi crude to seek more oil and push refiners to draw on inventories, which would support oil prices, delivering on Riyadh’s goal of lower stocks and higher prices while keeping its own production in check.

A panel of energy ministers from major oil producers, known as the JMMC, meets on May 19 in the Saudi city of Jeddah to discuss the oil market and make recommendations before the June policy meeting.