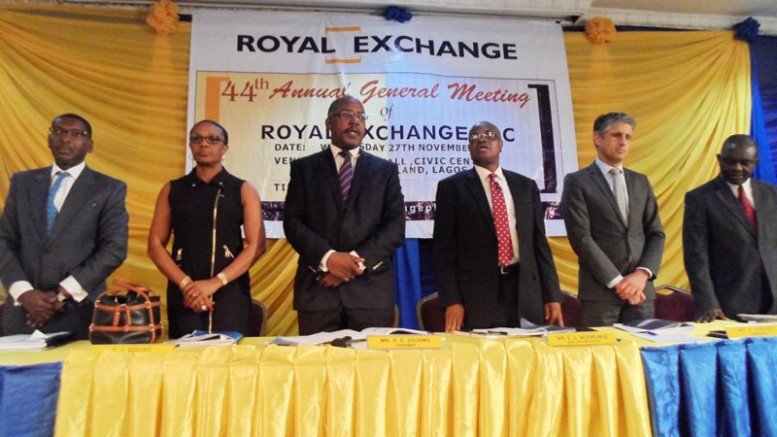 “The confirmation was necessitated by new developments from the company bodering around the acquisition on Monday,”

He confirmed that the stake resulted in a N3.6billion capital injection into the REGIC by IIF.

Okoh-Esene said the injection will boost the company’s productivity.

According to the spokesman, IIF was established by the German Development Bank (GDB) and managed by Blue Orchard Finance Investment Limited (BlueOrchard).

The Royal Exchange Plc spokesperson also said the action is in line with the National Insurance Commission (NAICOM) new directive on recapitilisation.

He said ” REGIC is one of the leading non-life insurance company with a strong presence in the agric-insurance space through its partnership with the Nigeria Incentive-Based Risk-Sharing System for Agricultural Lending (NIRSAL) and some State governments; the investment will have a huge impact on IIF and REGIC.

“ REGIC will be able to achieve its key objective of reaching out to over one million farmers within the next five years, offering the best agric insurnace services for increase productivity.

“This in turn will make Nigeria more self reliant in food production,”.

He added that “the proceeds of the investment will help REGIC to spur growth by increasing its risk capital and supporting its underwriting capacity in agriculture, thereby extending its outreach to low income farmers.” (NAN)