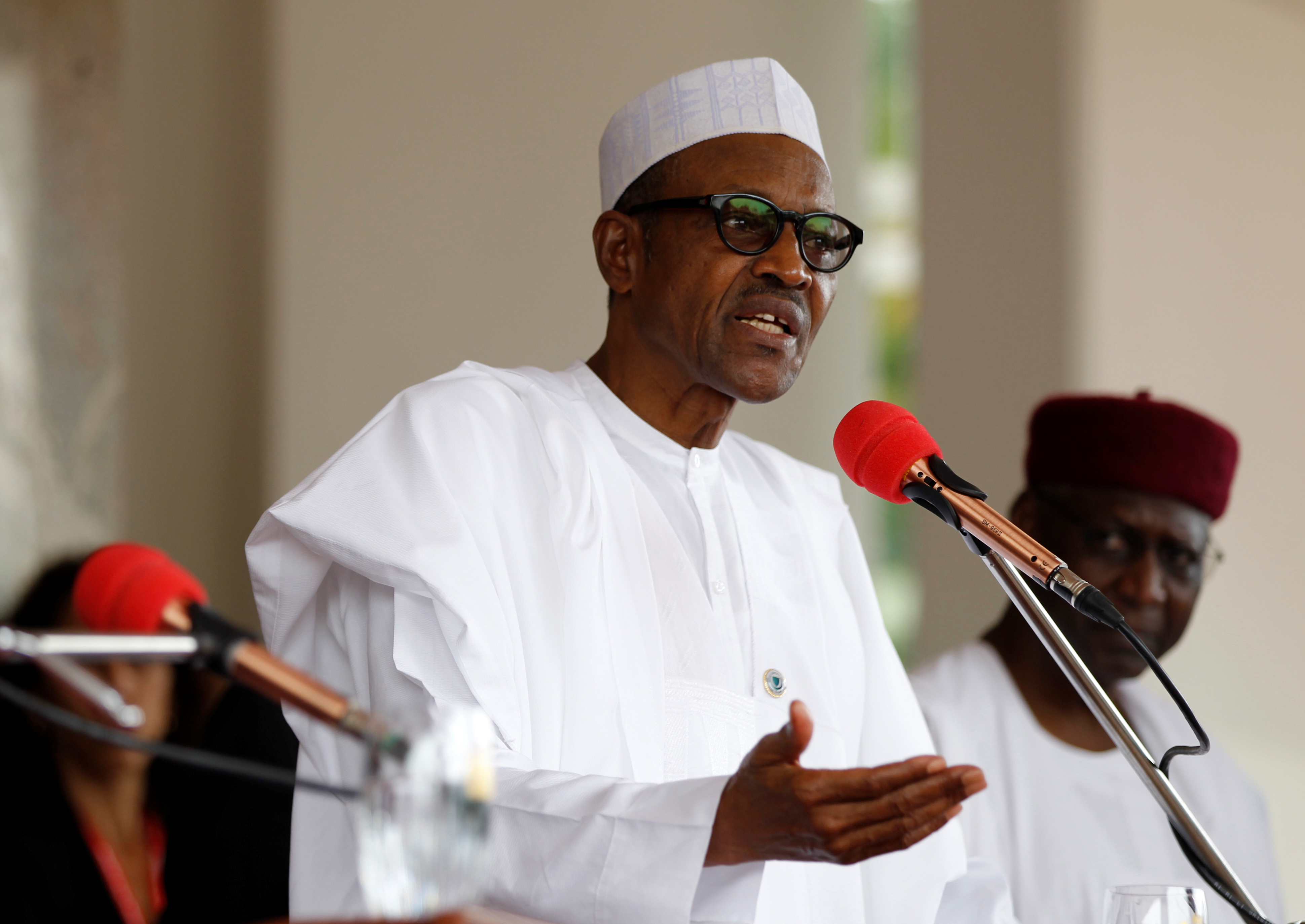 President Muhammadu Buhari says his administration’s economic policies are making the desired impact, as evidenced by steady growth in the economy in the last three years.

The president’s Special Adviser on Media and Publicity, Mr Femi Adesina, in a statement, said Buhari stated this at a town hall meeting with the Business community in Lagos on Saturday.

President Buhari said he had kept his promise to boost the economy, through blocking leakages in government finances, increasing capital expenditure and inflows, and implementing the Economic Recovery and Growth Plan (ERGP), among others.

He said: “I firmly believe that our economic policies are beginning to make the desired impact.  Economic growth has resumed and is continuing to improve.

“Inflation is coming down steadily, there is stability in the exchange rate and foreign exchange is readily available for genuine business. Foreign reserves are adequate and growing; capital inflows have increased and the trade balance is positive.

“We are paying off debts that were not even publicly acknowledged before now, including those owed to States, the electricity sector, oil marketers, exporters, backlog of salaries of workers and pensioners, amongst others.’’

The President, who met with representatives of the Manufacturers Association of Nigeria (MAN), Lagos Chamber of Commerce and Industry and the Nigeria Association of Small and Medium Enterprises, shortly before attending the APC presidential campaign rally in Lagos, said he believed in the importance of investing in infrastructure to promote development.

“I am happy that the results of the priority we have placed on this sector are beginning to show.

“Our commitment is reflected in the resources that we are providing for infrastructure.  In 2016 and 2017, capital expenditure was up to N2.7 trillion, while over N800million has been released under the current budget.

“This has been complemented by the inception of the $650 million Presidential Infrastructure Development Fund which will focus initially on the Lagos-Ibadan expressway, the Second Niger Bridge, the Abuja-Kano expressway and the Mambilla hydropower plant,’’ he said.

The President also highlighted completed and ongoing projects in the transport and aviation sector, and expressed delight that the rail projects were generating excitement across the country because it would help local businesses to grow.

‘‘The Abuja-Kaduna railway is up and running.  The Itakpe-Warri line is being test-run before going commercial.  The completed portion of the Abuja light rail project is facilitating movement to the airport.

‘‘The Lagos-Ibadan railway is nearing completion, with people already taking test rides on the completed portions. We are determined to work at the same pace on the Coastal Railway Line and the line from Port Harcourt to Maiduguri.

“We completed the repairs to the runway in Abuja in record time, and just a few weeks ago, I commissioned the Baro Inland Port. All these achievements will help Nigerian businesses to grow,’’ he said.

On future plans to sustain the positive economic outlook, the President said the Federal Government would raise more revenue to boost the economic fundamentals and increase the level and quality of government services in support of the private sector.

“I recently inaugurated a Technical Advisory Committee to identify new sources of revenue in this regard.

“This is also to ensure that Government at all levels have the resources to pay the new national wage, which we are indeed committed to paying.

“Our economic fundamentals are strong and, in the next four years by the grace of God, we are determined to steer the course in terms of partnerships with the private sector. support to the real sector, helping small businesses, providing infrastructure and an enabling business environment,’’ he added.

The President told members of the private sector that his administration had also stimulated growth in the economy by adopting and implementing new strategies to deal with the security situation in the country and tackle rampant corruption.

He said: “When this Government came into office, our three priorities were to increase the level of security across the country, tackle rampant corruption and improve the economy. These three factors are interconnected.

“Without peace and stability, there will never be economic growth and development.’’

According to him, the administration’s view on improving the economy focuses on a bottom to top approach.

“We focused on developing the rural economy which we hope will result in growth that is inclusive.

“Boko Haram and the militants in the Niger Delta started their aggressive operations during the years of high oil prices and GDP growth.

“These young and misguided youths did not benefit from the various statistics and indicators of prosperity we were celebrating in the past decade. No wonder they were recruited to cause violence and mayhem in their localities.

“These three priorities, if addressed, will completely transform Nigeria to a diversified, inclusive and competitive economy. But this is not an overnight transition.

“We are not only transforming systems and processes, but we are also changing hearts and minds.

“We have recaptured and held lost territories. Yes, we still have pockets of insurgency, but our sovereign integrity is intact,’’ he added. (NAN)