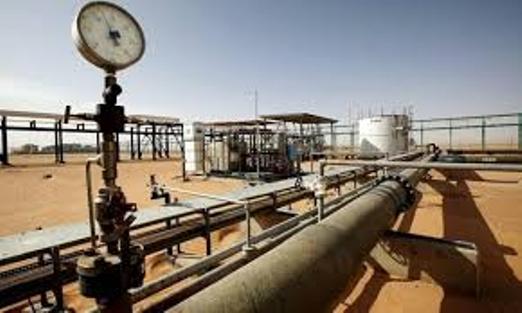 Oil prices declined on Thursday on lingering concerns that slowing global economic growth may limit fuel demand and after a surprise build in U.S. crude inventories.

“The crude market is now focusing on global growth concerns primarily … It looks to be viewing inventory readings (as) secondary,” said Hue Frame, portfolio manager at Frame Funds in Sydney.

“The IMF downgrading 2019/20 and the continued rhetoric from Davos reiterating that they expect global growth to slow down over the next two years is providing selling pressure in oil,” Frame said.

Earlier this week, the International Monetary Fund (IMF) cut its world economic growth forecasts for 2019 and 2020, due to weakness in Europe and some emerging markets.

World leaders and top executives are meanwhile meeting in Davos, Switzerland, to discuss how to steer policy amid worries of slowing economic growth, damaging trade wars and Brexit.

But U.S. oil producers told the Organization of the Petroleum Exporting Countries (OPEC) on Wednesday that investors in U.S. oil companies wanted a reduction in growth and higher payouts.

The bosses of U.S. companies Occidental Petroleum and Hess Corp, attending a session at the World Economic Forum in Davos, said growth in U.S. shale oil output would slow.

OPEC and its non-OPEC allies including Russia have cut output since 2017 to support oil prices.

“Though oil prices have demonstrated for higher upside potential in the first quarter of 2019, mounting economic challenges will continue to impede exponential gains in the longer term,” Lu said. (Reuters/NAN)

Iran says it is selling oil it needs to, despite U.S. pressure
businessTimes