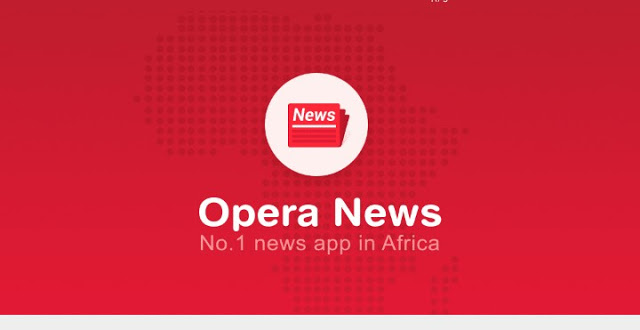 Some blog publishers in Nigeria are unhappy with the Nigerian office of popular Norwegian software company, Opera and its business subsidiary, Opera News.

Although Opera is renowned globally for its user-friendly browsers designed for personal computers and mobile devices, Opera News is its standalone news app that is designed to keep people updated on favourite news and video content.

Launched on January 9, 2018, the app delivers a variety of trending news and entertaining videos and gets smarter with each use, using machine learning to tailor content for the individual.

Perhaps a major attraction for users is that Opera News saves up to 80 percent of the users’ mobile data usage due to its unique data-saving capabilities.

Unsurprisingly, in less than four weeks after its launch, Opera News said it achieved one million downloads across Africa, and according to AppAnnie became the most downloaded news app in Nigeria, Kenya, Ghana, South Africa and Tanzania by June 2018.

This reporter gathered that to keep users updated with relevant and timely content, Opera News signed agreements with different bloggers to feature their blog content on the Opera News app for a fee.

According to investigations carried out by this reporter, the publishers’ grouse is connected to Opera News’ alleged refusal to pay them agreed fees for the use of their content.

The publishers, who spoke to this reporter in separate chats on condition of anonymity for fear of victimisation, accused Opera News of deliberately avoiding payment by deploying different tactics, including under-reporting revenue.

A publisher of a general-interest news blog who spoke to this reporter said, “Over a period of time, I think every month, we got about one million unique visitors and three million views from Opera News. Those three million views don’t even translate to any money.

“So for the whole year, people (blog publishers) who have been getting an average of two million page views from Opera News every month did not get anything. Nobody has been paid.

“That is the scam that I am trying to draw your attention and the attention of the general public to.”

The publisher added, “Think about this: If somebody is getting five million views (from Opera) every month but does not collect one naira, then something is terribly wrong because a lot of this traffic comes from developed countries too, not just Nigeria.

“Traffic comes from the USA and so on and almost all these pages that are seen all around the world on Opera, Opera is monetising those pages.

“Opera is monetising those pages and (according to an agreement which I can also share with you for context) agreed to give the publishers 50 percent of the revenue.

“But what do they is that they don’t report any revenue, or any substantial revenue, and that is what allows them to hold off on payments to publishers indefinitely.

“So, there are several huge publications that even make tens of thousands from the same Google Ads that Opera places on their platform. Opera doesn’t pay them anything, and Opera tries to pretend as if it is doing us (publishers) a favour because Opera knows that Google is not really paying Nigerian publishers as much for Nigerian traffic.

“That is why it is important that you understand that a lot of the traffic also comes from other sources from around the world; it’s not just Nigerian traffic. There’re very wealthy sources of traffic from, say, the US.

“For example, American consumers, when they see an ad, it is different from when a Nigerian consumer sees an ad.

“But it looks like what Opera is trying to do is to try and under-report its revenue, pretty much allegedly scamming the publishers that are on its network, virtually all of them.

“And that is why we have decided to come forward.”

Another publisher, who also confirmed signing an agreement with Opera News, further confirmed the company’s non-payment of agreed fees to him after several months of being his blog content being featured on the platform.

He said, “I don’t just want to talk about them (Opera News) because the experience has just not been as expected.”

However, he disclosed that some publishers on the platform claimed to have received some sort of payment from Opera News.

“So, I don’t really want to comment on the Opera issue. I just let them be.”

The company could not be reached for comments as at the time of filing this report.