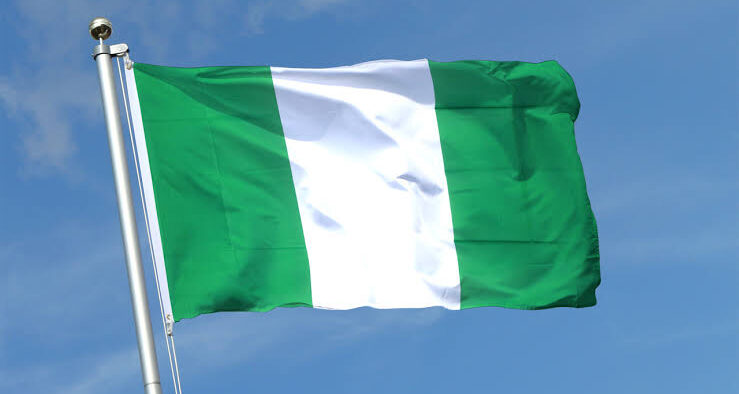 Ahead of Nigeria’s 60th independence on Oct. 1, capital market experts and Organised Private Sector (OPS) players have decried the heavy reliance on oil crude over the years for the nation’s economic development.

The experts, who observed that the reliance of oil and gas had created economic imbalance since independence, however, noted the capital market had  over the years evolved as a major factor in the Nigerian economy.

They spoke with the News Agency of Nigeria (NAN) on Wednesday in Lagos on the some achievements and challenges of the capital market, the economy in general and proffered the way forward as Nigeria celebrates 60th independence.

The Lagos Chamber of Commerce and Industry (LCCI), said Nigeria’s move from an agrarian-based economy to one heavily reliant on oil and gas reflected the nation’s mounting economic imbalance since independence.

Uche Uwaleke, an expert in capital market told NAN that the capital market had evolved from a very tepid beginning to become a major factor in the Nigerian economy.

“Compared to other sectors of the economy, there is no denying the fact that the capital market has evolved from a very tepid beginning to one that is a major factor in the Nigerian economy.

“Fortuitously, the Nigerian capital market, as we know it today, actually got the breath of life in 1960, the same year as the country’s independence following the incorporation of the Lagos Stock Exchange in 1960.

“This is without prejudice to some capital market activities carried out by the colonial government prior to independence.

“With just 19 securities listed for trading in 1961, the flagship security and exchange in Nigeria now boasts of over 200 securities,’’ Uwaleke said.

He said that the nation’s capital market had expanded product offerings beyond equities and bonds, adding that market infrastructure had been modernised with five other exchanges including those trading commodities.

According to him, market regulation has improved significantly following the establishment of the Securities and Exchange Commission in 1980 and the enactment of the Investment and Securities Act as amended in 2007.

“Both the regulators and the exchange are implementing a number of confidence-building measures such as the direct cash settlement system, electronic transactions, corporate governance scorecard for listed companies and whistleblowing system, among others introduced in the capital market.

Uwaleke said that in spite of these accomplishments, the capital market was still being faced with a number of challenges.

He said that the introduction of e-dividend had not helped to reduce the huge unclaimed dividends as expected in the market.

Uwaleke, also the President, Capital Market Academics of Nigeria said that relative to the size of the economy, the total market capitalisation was still small and hinders the contribution of the market to the Nigerian economy.

He said that a relatively small number of companies were listed on all the exchanges with listing concentrated in a few sectors.

“Corporate firms do not have a significant presence in the bonds market dominated by the Federal Government and the number of individual or retail investors is quite low.

“It goes without saying that a major challenge faced by the capital market over the years has been a dearth of infrastructure and poor ease of doing business in the country generally.

“The government can complement these efforts by providing fiscal incentives to issuers and other market participants.

“Scaling up financial literacy efforts will go a long way in increasing the rate of retail investors participation and the size of the mutual funds’ industry,’’ Uwaleke said.

Adonri told NAN that Nigeria’s capital market was still shallow with market capitalisation of 35 billion dollars, seven per cent of Gross Domestic Product (GDP), “while it is over 50 per cent in many other countries’’.

“Nigeria’s capital market is still shallow. Her market capitalisation of 35 billion dollars is just seven per cent of GDP, whereas it is over 50 per cent in many other countries.

“This is because several companies that occupy the commanding heights of Nigeria’s economy are yet to list their stocks in the capital market,’’ he said.

He said that macroeconomic instability and economic were major disincentives to investment.

According to him, government privatisation exercises have largely not been done through the capital market.

“For the market to thrive and meet expectations, the Nigerian economy must be restructured to make production its centrepiece.

“Producers are the ones who require long term capital funds.

“Capital market is the main avenue for seeking allocative efficiency of economic resources, while full deregulation of the economy will give it more impetus to excel.

“Henceforth, all privatisations need to be through the capital market; it is unwise to borrow externally to finance infrastructure.

“Local borrowing, through the capital market, is the ideal option,’’ Adonri said.

To Malam Garba Kurfi, the Managing Director, APT Securities and Funds Ltd., government policy had brought most of the development and progress recorded in the capital market.

Kurfi said that many companies listed in the market because of past government policies and decrees.

He, however, lamented that impediments to ease of doing business such as multiple taxes by federal and state governments, lack of infrastructure and insecurity were affecting market growth and development.

Kurfi called for harmonisation of taxes by both federal and state government to enhance ease of doing business in the country.

Dr Muda Yusuf, the Director-General of LCCI told NAN that the transformation in the nation’s economy underscored the weak productivity level of the non-oil sector over the past six decades.

“It is unfortunate that 60 years after political independence, the country’s economic fate is still significantly shaped by trends in international oil prices.

“This has continued to see the economy becoming unstable at the slightest emergence of shocks in the global energy market,’’ he said.

Commenting on the nation’s current democratic environment, Yusuf said the two decades of uninterrupted democracy in Nigeria had earned the country enormous goodwill as one of the few stable democracies in Africa.

He, however, noted that the core values and ideals of democracy could still be better in areas of transparency, accountability in public and financial management, rule of law as well as the practice of true federalism.

“The LCCI recognises that Nigerian democracy is still work in progress.

“However as in many advanced democracies, it is crucial to recognise the importance of these democratic ideals in order to sustain our democracy and ensure the advancement of the common good for all citizens.’’

The LCCI director-general said that the nation’s economic performance measured by the growth of the GDP was unimpressive in the last six decades.

“It remains a major worry for us that the economy is still structurally defective given its excessive dependence on the oil and gas sector, and this creates serious vulnerability risks.

“It is rather unfortunate that successive governments failed to utilise proceeds from oil exports during periods of high oil prices to develop and strengthen the capacity of the non-oil sector.

“Even before the emergence of the novel coronavirus disease, the economy was confronted with myriad of challenges including spiralling inflation, portfolio investment outflows with attendant impacts on external reserves and exchange rate among others,’’ he said.

Yusuf pointed out that the impact of the COVID-19 pandemic on the economy, which was very profound, had propelled the fiscal authorities to take bold steps on age-long policy reforms for medium to long-term macroeconomic stability.

“Notable in this regard includes the economic liberalisation in the downstream segment of the Nigerian oil and gas industry as well as the power sector.

“While these reforms might have led to some form of hardship in the short-run in terms of the rising price of goods and services, we believe these developments are for the good of every Nigerian.

“The reforms will help free up resources for investment in critical sectors of the economy.

“The transformation in the telecommunications sector stands out as the most successful reform story in the history of the Nigerian economy.’’

Yusuf said that the financial services sector had been significantly transformed since independence through the maximisation of new technologies to improve the quality of service delivery.

“The sophistication of the industry compares with our counterparts in developed African economies like South Africa and Egypt.

“However, the financial intermediation role of the Nigerian banking system is still unsatisfactory.

“Due to the risks in the macroeconomic and business environment, banks prefer investing their resources in risk-free government securities rather than extending credit to critical sectors of the economy.

“This has constrained the impact of the sector on the economy from a systemic perspective,’’ said.

Tags:
Previous Article
FOREX: All Oil marketers must be treated the same way as NNPC- CSOs
Next Article
CSOs, Consumers call for reversal of Privatization of Power Sector

Asia shares stumble, sterling at mercy of yet another vote
businessTimes