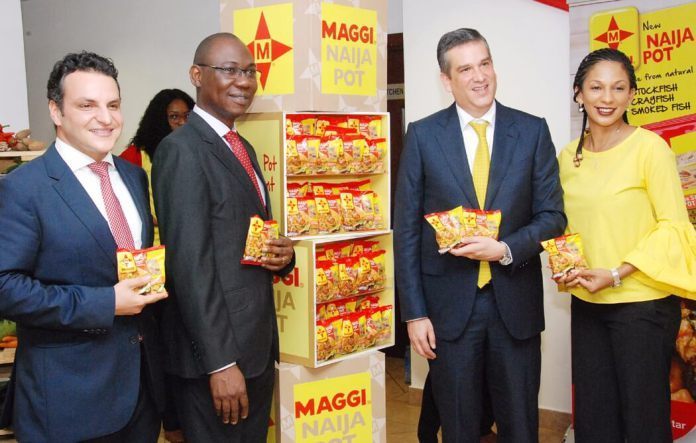 Nestle Nigeria on Thursday in Port Harcourt unveiled a new Maggi product called Maggi Signature in the South-South region of the country.

Mr Dele Gbadeyan, Nestle Nigeria Sales Manager for Rivers Region, said during the launch that Maggi Signature was borne out of a research effort to satisfy customers.

“This product is being launched following our research and development in the market to satisfy the demand of it’s customers and consumers,” he said.

According to him, Maggi Signature comes in three variants such as Jollof, Miya and Porridge.

The regional sales manager described the product as “rich and first class for the open market, neighborhood stores and modern trade”.

He further stated that the product had advantage of strong heritage that would ensure faster rotation in the market.

“Maggi signature has high quality and competitive margins of eight per cent for retailers, it has attractive merchandising materials that our distributors will rely on,” Gbadeyan said.

“Maggi signature is made of natural ingredients such as dry bay leaf, onion, tomatoes, chilli pepper, thyme, garlic and ginger,” he said.