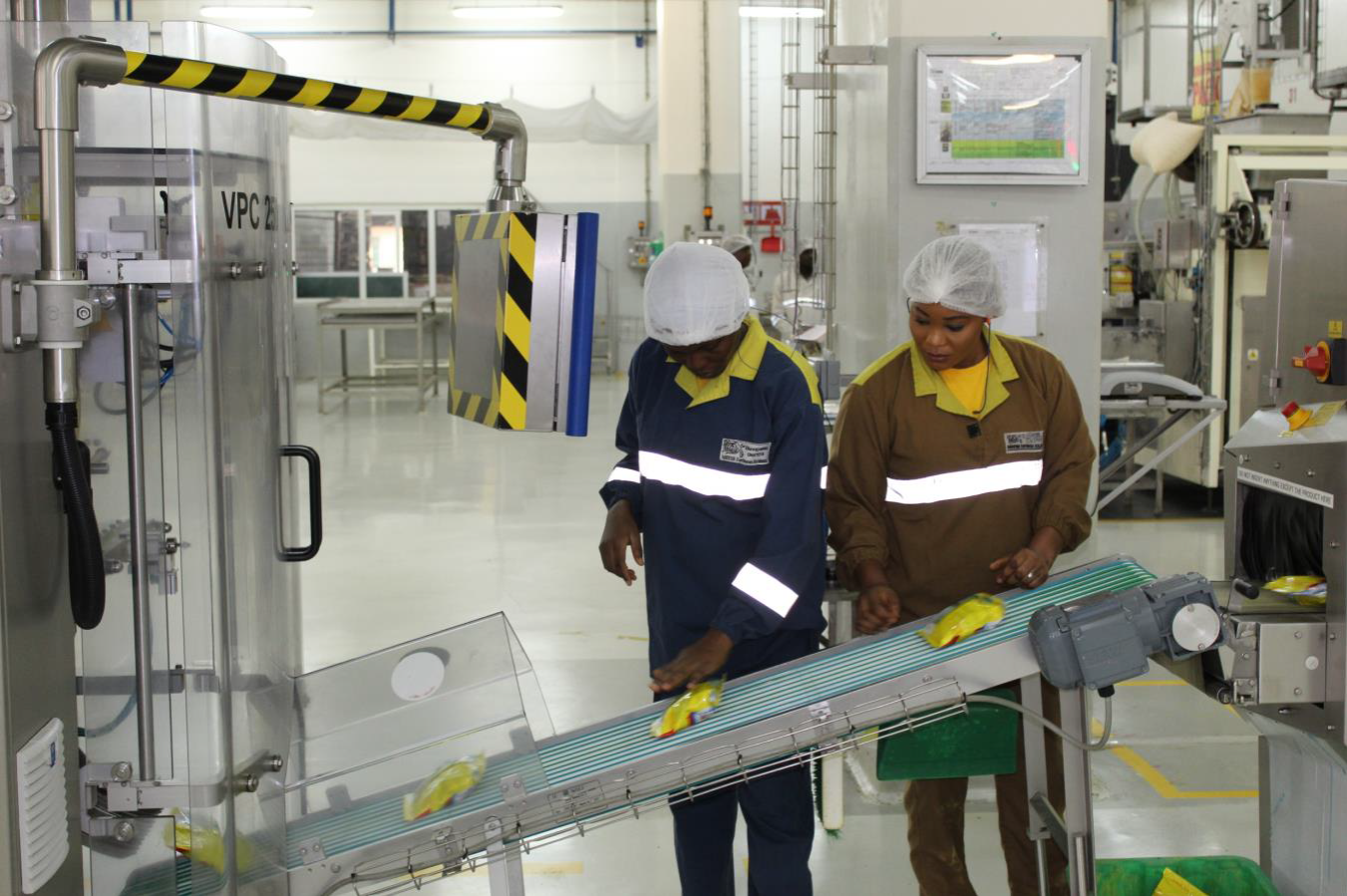 Nestlé has launched an ambitious Gender Balance Acceleration Plan ‘From Aspiration to Action’  as part of its activities to highlight International Women’s Day 2019.

The world’s largest food and beverage company believes that a gender-balanced workforce makes business sense as it helps to boost innovation and performance, which as a result, better serves the needs of its consumers.

In the Central and West Africa Region (CWAR), Nestlé aims to bring the Gender Balance Acceleration Plan to life through its multi-pronged initiatives, such as trainings to raise awareness on gender biases, career development and mentoring programmes for women, gender-sensitive succession planning, offering breastfeeding rooms and nurseries at work, as well as the implementation of its Maternity Protection Policy.

At Nestlé CWAR, increasing the number of women in the workforce and boosting gender balance is helping to drive innovation.

Bunmi Etty-Mfon, Total Performance Management Manager for Technical at Nestlé CWAR, who has led factory efficiency for over eight years to deliver safe, quality products in Nigeria, Ghana, Senegal, Cameroon and Côte d’Ivoire, has encouraged and experienced this herself.

“When there’s a good mixture of men and women, team-building activities tend to be more balanced, helping to develop greater empathy among individuals and teams. Diversity stimulates greater effort from everyone, leading to improved decision-making. 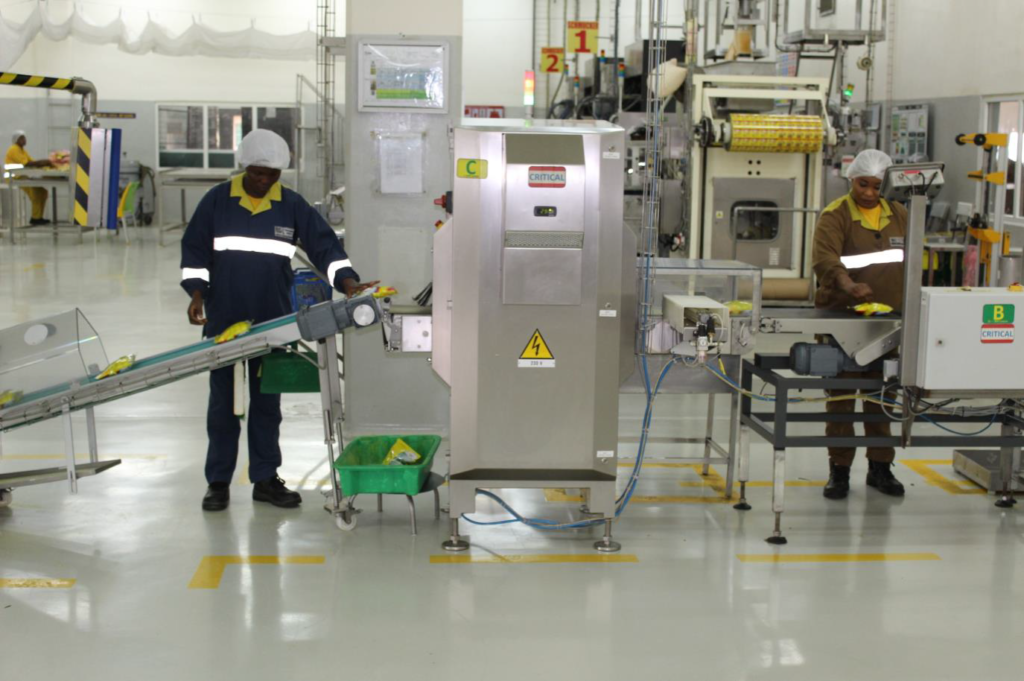 “Also, as the majority of consumers in our region are women, it gives us great perspective to lead in innovation,” she said.

Rahamatou Palm, Category Manager for our Nescafé business in Burkina Faso, Mali, Niger, Togo and Benin – and a member of the Cluster Management Committee of which half are women – agrees that diversity is key for the company’s growth.

“Gender balance is important to complement the thinking between men and women, leading to more productive debates and innovative decisions. It also fights against discrimination to ensure a better, and more dynamic workplace,” she emphasised.

Nestlé CWAR is also actively enhancing the company’s performance by increasing the number of women in departments that traditionally hire men.

To close the current gender gap, the Technical and Supply Chain Management departments are looking to recruit a majority of women as graduate trainees, and include at least one female candidate in the final interview stage. Efforts are also being made to increase the number of women working in factories across the region.

Ibukun Ipinmoye, Factory Manager of the Flowergate Factory, which includes the first 100% female production line in Nestlé Nigeria, has noted an increase in productivity.

“We soon realised that the female production lines are very productive thanks to their highly committed and collaborative spirit and their careful handling of the equipment. Gender diversity has helped to boost productivity,” he said.

“As a result, we plan to introduce female operators to more complex lines to utilise their multitasking skills, and aim to hire female management trainees to 80%.”

“My team is more productive, with readily available good talent and a wide diversity of ideas. Women have helped to ignite creativity, offered various perspectives and improved our business,” he said.

Gbenga, who oversees the Tema facility and is part of the Country Management team, added: “They mostly make the decisions to buy products for their families so having women at Nestlé makes business sense.”

However, creating gender balance on the factory floors or in offices does not come without some obstacles. Pressure to conform to gender stereotypes, resistance from men, adapting work patterns to family life and maternity commitments, and the shortage of females in certain fields like engineering, are just some of the gender balance challenges that working women face.

Julia Atta, Production Manager for Milks in Nestlé Ghana, was appointed as the first female production manager for Nestlé CWAR last year – marking a milestone for the company in the region.

She explained that she went into this ‘non-traditional’ line of work for women to change mind-sets and make an impact. But this came with its challenges.

“For any women in a male-dominated environment, even a genuine reason can become a woman’s excuse. For example, I felt I had to turn down an opportunity to go into production because I got pregnant, even though factory management made me an offer. At the time, I was unsure it was the right decision to join, as production was not seen as an ideal environment for my ‘condition’,” Julia said.

“Thanks to the support of management, I had another opportunity to take up a role outside of the country for five months. However, others made me feel like I had made the wrong decision to leave my young child behind – but I was determined to make it work.”

Today, Julia heads the milk production and technical team, leading the production, quality, safety, cost and delivery of 130 tonnes of evaporated milk a day, while also developing her team of junior and senior employees.

Creating a solid pipeline of female talent across all levels enables more women to climb up the career ladder to top positions, which has a ripple effect of encouraging other women to achieve their goals.

“Being a career woman is never a burden or added responsibility, but a platform to inspire and motivate the people you are lucky enough to impact,” Julia continued.

“When a woman is appointed in a leadership role, some people believe this is because of a gender balance strategy and not based on merit. It must be based on non-discrimination, equal opportunities, competence and providing the right support for both men and women in the workplace. This is how we will be genuinely able to highlight and remove the roadblocks to career advancement at work,” she added.

Gbenga Oladunjoye, Factory Manager at the Tema facility in Nestlé Ghana, emphasised that women at Nestlé inspire other women to follow suit, and said: “They enhance inclusiveness, advance opportunities and give hope to women worldwide that they can achieve the same too.”

Building a strong pipeline of talent is key to gender balance

Embracing diversity and increasing the number of women in leadership roles and in the workforce all make business sense at Nestlé CWAR – and for the company worldwide. This is part of its commitment to enhance gender balance in its workforce and empower women across the entire value chain.

But this just doesn’t stop here. To help achieve this across the board, organisations need to build a solid and balanced pipeline of talent and invest in women’s education and training to create and instil diversity at all levels, and in all functions.

“We recognise that gender balance, women’s rights, education for women and women’s empowerment are critical to Creating Shared Value– our approach to how we do business in creating value for both our shareholders and for society,” said Rémy Ejel, Market Head for Nestlé CWA Ltd.

“It is also key to contributing to Sustainable Development Goal 5: Achieve gender equality and empower all women and girls – and we encourage other companies to also make gender balance a priority,” Mr Ejel concluded.