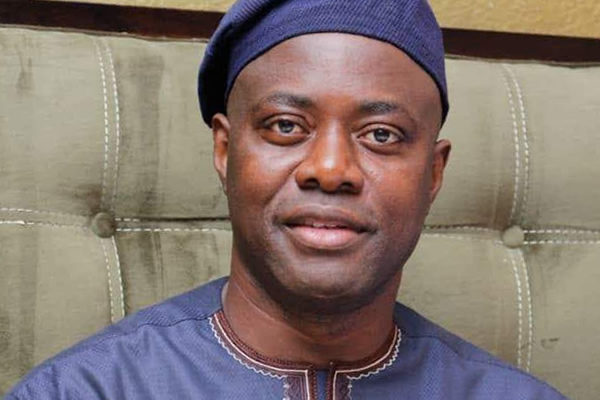 Governor Seyi Makinde of Oyo state says his administration is ready to partner private sector to drive the economy of the state.

Makinde stated this on Tuesday during an inspection tour to Ajila Farms in Awe town, Afijio Local Government Area of Oyo state.

He stressed that the partnership was to drive the economy of the state in order to bring desired benefits and developments to the people of the state.

The governor, who described the facilities at the farms
as world class facilities, reiterated the readiness of his administration to drive the economy of the state through Agriculture Value Change.

He said this would make his government actualize accelerated development in all the nooks and crannies of the state.

He said the state government would continue to encourage the private sectors through provision of security and incentives for them to expand their businesses.

He posited that creating condusive environment for private sectors to thrive would create more job opportunities for the teeming youths in the state.

Earlier, Mr Tayo Phillips, the Chairman, Ajila Value Adding Limited, disclosed that the Farms came into being in 2013 by individuals, who  believed and committed to the economy of Oyo state and Nigeria as a whole.

“Our business is focused on Agricultural value Chains and Integration.

The chairman expressed willingness to partner with the state government in its drive to boost agricultural development in the state.

The News Agency of Nigeria(NAN) reports that Gov. Makinde also visited the state-owned Silos that is under construction in Awe.

The governor, who expressed dissatisfaction over the slow pace of work at the site, noted that the state had invested a lot of money on the project ”but not getting any value from it.

”This project ought to have been completed within ten months; the state have expended a lot of money on it and not getting any value from it.

“If the government needs to spend a little more money to achieve the project, we will do it,” Makinde said.(NAN)