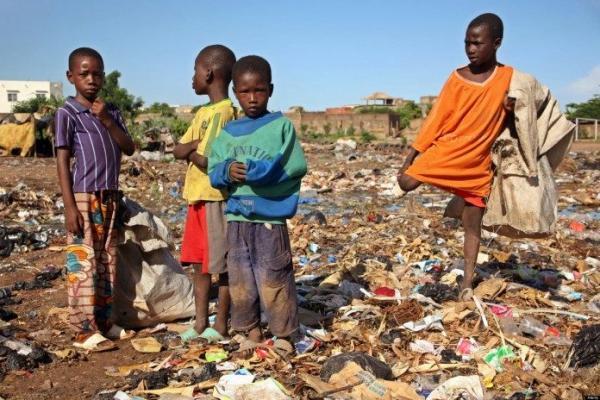 A Don, Prof. Ogbuagu Uchechi, on Wednesday urged the Federal and State Governments to invest in cluster industries in order to alleviate poverty in Nigeria.

The Don made the appeal an interview with the News Agency of Nigeria (NAN), in commemoration of the International Day for the Eradication of Poverty in Calabar.

Uchechi, who teaches economics at the University of Calabar, said a city like Abakiliki grew rice but the heaps of rice husks that could be used for wines and all sorts of animal feeds, including hay, were wasted.

The economist also advised government to create small cluster industries to harness the by-products of rice and oil palm in Ebonyi and other parts of the country to produce other materials.

He said through efforts, Federal and State governments could create a value chain which would further reduce poverty in the country.

The economist said Nigeria did not need to set up gigantic industries that would take up large expanse of land but small farm settlements and cluster industries to process the materials generated by these farms.

According to him, the fight against poverty can only be carried out by a nation for its people, adding that “nobody will come from outside to help you fight poverty in your land. “

“Models like China and India which were ones very poor but decided to eat their food and wear their cloths are today feeding themselves and donating to people outside.

“It is important for countries to understand that they have to look inwards, if they must eradicate poverty.

“As long as a nation depends on other nations, it will never come out of poverty and hunger.

“This is because world leaders pay less attention to development economics and food production but more concerned with political economics and power, if you hold the power, you decide what happens.

“Nigeria has all the potential to feed its so called teeming population but we borrow too much from the outside, neglecting things that are indigenous to us.

“Everyone is advocating agriculture, yes, agriculture can help us but it has to be radical agriculture

“You do not send graduates to the farms to use hoes, we need to make agriculture interesting by introducing less expensive mechanisation processes like solar powered hand held tractors,” Uchechi said.

The economist said coming for political rallies and sharing money did not mean you are empowering people or alleviating poverty.

“If you give money that is tied to something like a little farm or business, it would work because people need capital to develop their business

So, tie these monies to a business that can be monitored.

The academic said giving people token for cheap popularity could only end up as drinking money, because it was small and not monitored.

According to him, bringing everyone to the urban cities is wrong; a development he noted has led to the growth of vices.

He said efforts at establishing small cluster industries in different communities would keep the people in their communities busy and productive.

“We can also implement this in our oil and gas industries, refineries have failed us, we need to find out how a section of this country was refining oil during the civil war.

“The prototype is still there in the museum, we can get our petroleum engineers to improve on it so that we can produce all we need now that the window is still open.

Uchechi called on governors to sit up and begin to take the interest of the people to heart, adding that when they did, they would find answers.

The International Day for the Eradication of Poverty is commemorated annually on Oct. 17 to raise awareness for the need to eradicate poverty and destitution worldwide, especially in developing countries.(NAN)