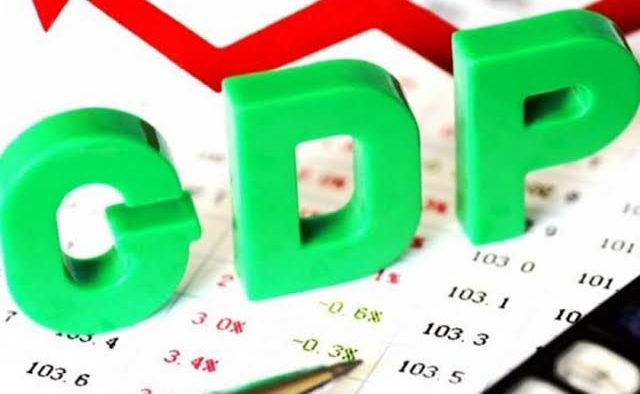 Mr Mansur Ahmed, President Manufacturers Association of Nigeria (MAN) has said that the 2019 Q4 GDP though positive was still largely below desirable for the nation’s economy.

Ahmed said in a statement on Wednesday in Lagos.

He said that the real GDP growth rate was impressive in view of the fact that the 4th quarter record represented the highest quarterly growth performance since the 2016.

“But it is still largely below the desirable because the 2.55 per cent growth is still below the population growth rate of 2.6 per cent.

“The full year figure of the real GDP of 2.27 per cent in 2019 when compared with the 1.91 per cent of 2018 reveals a promising but cautious improvement of economic performance.

“This is encouraging, especially because it obviously surpassed the 2.1 per cent projections of the IMF apparently due to the usual heavy seasonal activities transaction,’’ he said.

The MAN president, however, expressed doubt about its sustainability in the coming quarters due to the unfriendly operating environment.

“This doubt will be overcome if government ensures that its Ease of Doing Business reforms reduce the cost of doing business.

“This will result in a real GDP growth that may again surpass the 2.0 per cent projection for 2020,’’ he said.

Ahmed further said that development showed that the sector was still struggling on the 0.14 per cent growth of the manufacturing sector in Q4 of 2019.

“This is not too good for an economy that will soon be exposed to the vagaries of the Africa Continental Free Trade Area (AfCFTA) that will commence in July 2020.

“It also re-emphasised the need for government to continue to address the perennial issues hindering performance of real sector to guarantee improved performance and sustained growth,” he said.

Meanwhile, the MAN boss at a press conference said that the association was ready to host the 5th edition of the Nigeria Manufacturing and Equipment Expo (NME).

He said it would also host the 6th edition of the Nigerian Raw Materials Expo (NIRAM) of the Raw Materials Research and Development Council (RMRDC).

He said that the Expo which encompassed every aspect of the manufacturing value chain has been designed to address pertinent concerns for the eventual takeoff of the AfCFTA.

The News Agency of Nigeria (NAN) reports that the Expo scheduled to hold between March 10 and March 12 has as its theme, “the Fourth Industrial Revolution and the Nigerian Manufacturing sector”.