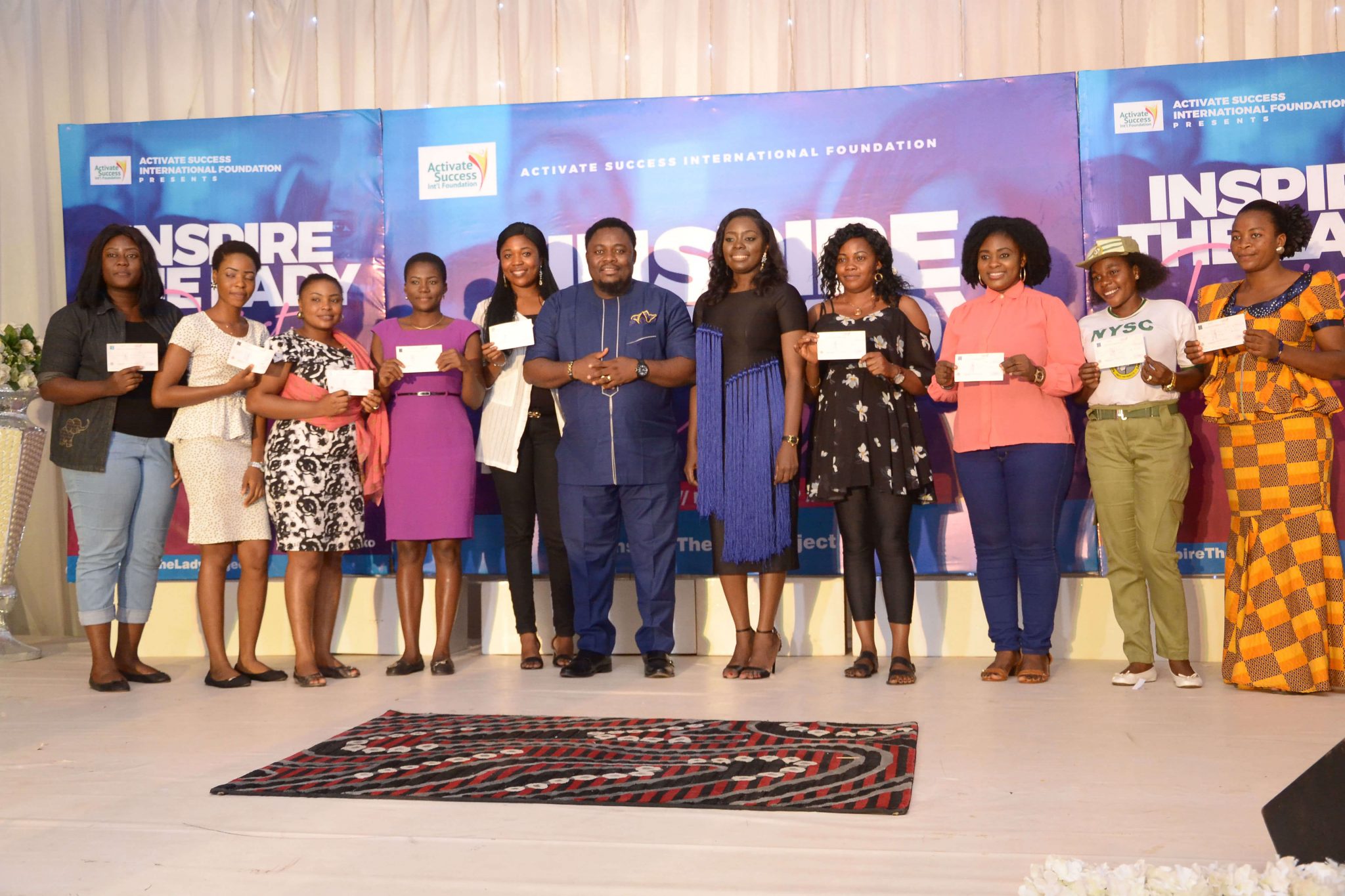 Activate Success International Foundation (ASIF), a Non-Governmental Organisation (NGO), has given out startup grants of N200,000 each to 10 entrepreneurs under its Youth Entrepreneurship and Empowerment Programme (YEEP).

TV host and Founder, ASIF, Love Idoko, said during the event on Monday in Abuja, that YEEP was aimed at helping and encouraging young people to maximise their potentials.

Vice President Yemi Osinbajo was listed as one of the notable leaders that has commended ASIF which is focused on helping people discover their gifts, talents and purpose in life.

Idoko said over 100 business proposals were received out of which 30 was selected and then scaled down to 10 final beneficiaries.

She said that youths could influence growth in a nation’s economy in many ways because a lot of young people were talented.

“What we do at YEEP is to identify young people with fantastic business ideas; a panel goes through these ideas; select those with the best ideas and then we give them startup funds to help them achieve their dreams.

“Over the years, we have a lot of programmes to empower the youths; YEEP is held once every year; where youths register from all over Nigeria.

“We have people coming from all the states of the federation to attend this event and then we brought in young chief executives that have made remarkable achievements in different field to speak to them; share their success story and then they also stand a chance to win startup grants for their businesses.’’

She said the foundation had a team that monitored the successes of the beneficiaries.

Idoko said that the foundation got reports from previous beneficiaries who had succeeded in different fields.

She said that awareness for the programme was done through blogs, televisions, newspapers among others and applications were received from across the nation.

On his part, Mr Samson Itodo, Executive Director, Youth Initiative for Advocacy, Growth and Advancement (YIAGA), advised the beneficiaries to consider it a privilege and maximise the utilisation.

One of the beneficiaries, Miss Lois Obikeleogehene, whose product is named “Kpokpogarri’ said that her company aimed at rebranding the African snack which was very abundant in the Niger Delta region.

“Kpokpo garri; tapioca fibre, is a bi-product of the production of garri; my company is aimed at promoting Kpokpo garri; rebranding it; fortifying it.

“We are coming out with different packages; we are coming to innovate and then provide a market for this product; reaching out to not only Nigerians but Africa and the world at large,’’ she said.

Another beneficiary, Mr Excel Nomayo, whose product is `Pap Powder’, said he was into the production of improved pap called Pap Powder.

He said it involved going to the grassroots; taking our local foods and processing them into global best standards.

“We improved the packaging and the production technique of pap.

“I decided to improve it through industrial method that can make it last and stand the test of time,’’ he said.