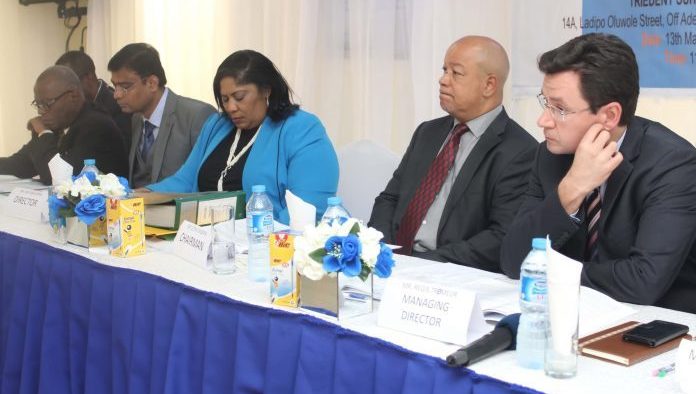 Mr. Lukman Karim, a financial expert says crumbled businesses will bounce back with the review of Company Income Tax (CIT) as contained in the 2019 Finance Bill.

Karim said this while speaking with the News Agency of Nigeria (NAN) in Abuja on Thursday.

He explained that a lot of businesses had collapsed due to a high tax rate regime but such would return with this new finance bill signed into law by President Muhammadu Buhari.

Buhari had on Monday via his Twitter handle announced the signing of the Finance Bill into law.

“I am pleased to announce that this morning I signed into law the Finance Bill, 2019,” he tweeted.

Karim, a tax expert with Karkay Matrix Solution, said that with the CIT under the new law, the small companies less than N25 million revenue would not pay any tax.

He said a medium company with a turnover of between N25 million and N100 million revenue, would pay CIT of 20 percent while big companies that generated above N100 million was expected to pay 30 percent CIT.

The expert explained that hence, this relief given to small and medium companies would encourage them to come forward and disclose their revenue and enjoy the benefits.

Karim urged tax collectors to be more proactive otherwise some companies may fall into the medium-scale would window dress their accounts so that they could fall into the small scale business that would not be liable to tax.

Speaking on the Value Added Tax (VAT), the expert said there was ‘no cause for alarm’ as the development would not affect ordinary Nigerians.

He said food and some other basic essential items were exempted as that had been enlisted in the VAT exemption list accordingly.

“With the new law, definitely, organizations will be willing to pay tax and VAT increment burden may not be felt easily.

“This is because more businesses springing up to make most people independent of their finances and as much reduce fake lifestyles.

“VAT is not applicable on consumables like foodstuffs and basic necessities of life.

“Moreover, VAT is never an expense to a manufacturer as the same will be passed on to the final consumers who have the choice of seeking alternatives if the said product seems expensive,’’ he explained.