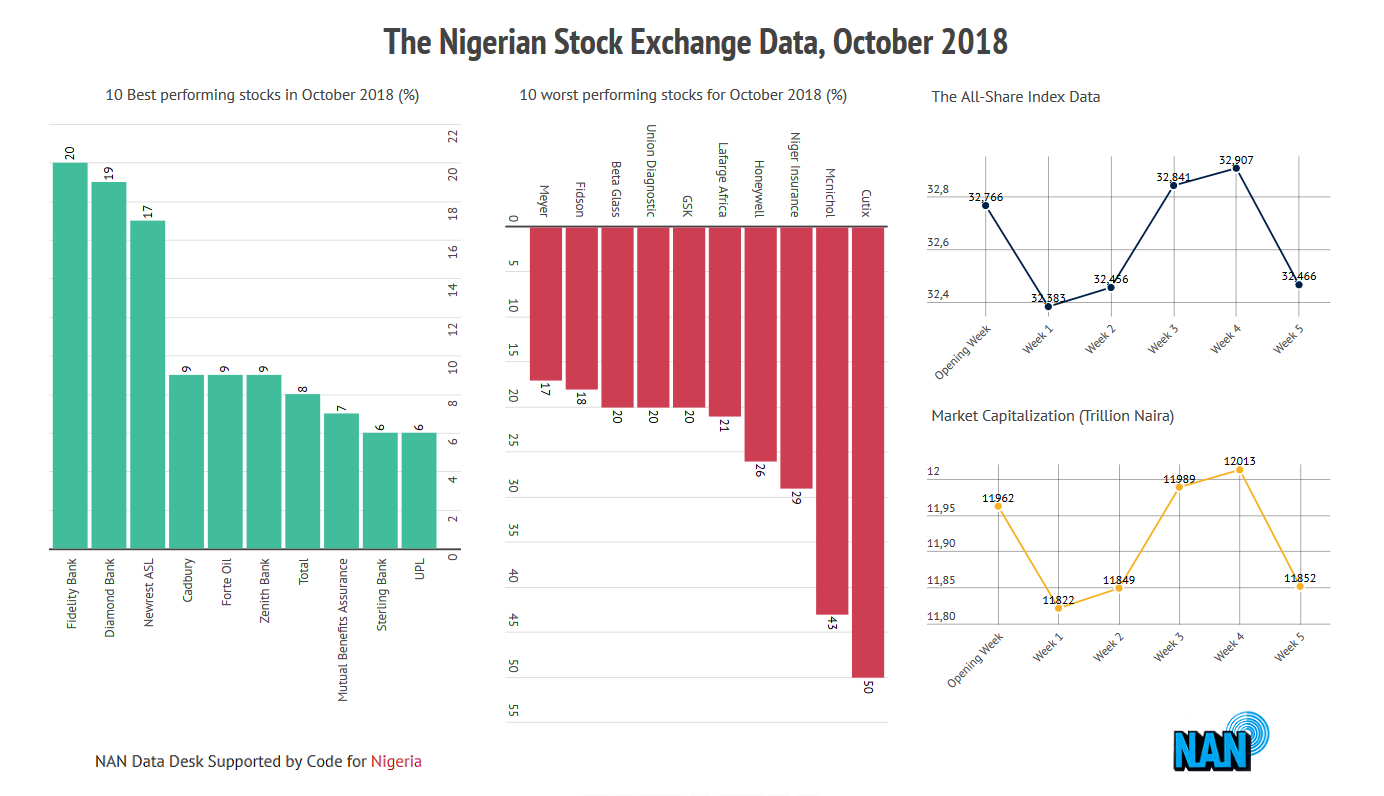 Low prices of equities in the financial services sector and improved third quarter results by some banks fuelled a robust performance of the Nigerian Stock Exchange (NSE) in October.

Data obtained by the News Agency of Nigeria (NAN) from the exchange in Lagos indicated that banking equities dominated the gainers’ table with Fidelity Bank emerging the best performing stock in percentage terms.

Specifically, Fidelity Bank during the period rose by 20 per cent to close at N2.04 per share against the opening price of N1.70.

Conversely, Cutix emerged as worst performing stock in percentage terms with a loss of 50.49 per cent to close at N2.03 per share against the opening price of N4.10.

The loss by Cutix was due to price adjustment for bonus share of one ordinary share for every one held and 20k dividend.

Prof. Uche Uwaleke, Head of Banking and Finance Department, Nasarawa State University Keffi, said the performance of the market in October remained weak in spite of the positive financial results released by some listed companies.

Uwaleke attributed the trend to the exit of foreign investors occasioned by the higher yield environment (on a risk adjusted basis) in developed countries especially the United States and the heightening political uncertainty in Nigeria.

He said the performance of the capital market in the near term would not be any different, noting that domestic investors were not insulated from the political risk.

Omordion said cautious trading among investors as the 2019 general elections drew closer in the midst of dwindling economic activities and weak economic data contributed to the negative trend in the market. (NAN)