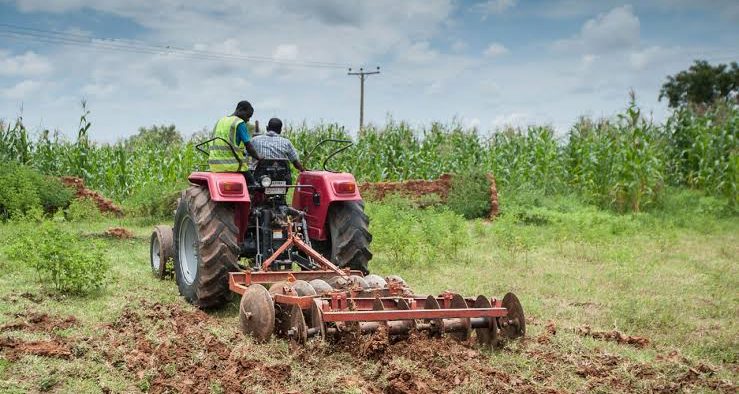 A former Director of the Budgetary Department, Central Bank of Nigeria(CBN), Dr Titus Okunrounmu, has advised the Federal Government to explore the full potentials of mechanised farming to check rising inflation rate in the country.

Okunrounmu gave the advice in an interview with the News Agency of Nigeria(NAN) in Ota, Ogun, on Sunday.

The National Bureau of Statistics (NBS) had on Monday announced that the inflation rate increased from 11.98 per cent in December to 12.13 per cent in January.

The financial expert stressed the need for the Federal Government to embrace mechanised farming so as to reduce the continuous rise in the inflation rate in the country.

”The Nigerian economy depends heavily on rain to plant its crops, thus, making prices of goods to be cheaper during this period.

“But during the dry season, prices of goods are higher because there is no rain to plant and this triggers rise in the nation’s inflation rate,” he said.

Okunrounmu said most of the countries that have a single digit inflation rate leveraged on mechanised farming to reduce inflation.

He advised on the government to establish functional farm settlements to boost farming system and the agricultural sector in the country.

Okunrounmu also urged the government to explore modern mechanised farming that would make the nation to become a developed country.

He said this would address some of the problems facing the country such as unemployment and persistent rise in the inflation rate.