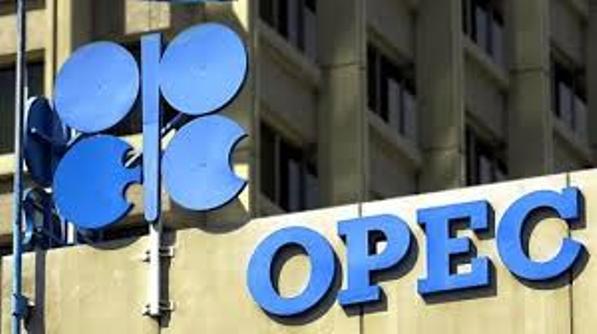 OPEC have urged its member nations, not to mention oil prices when discussing policy in a break from the past, as the oil-producing group seeks to avoid the risk of U.S. legal action for manipulating the market, sources close to OPEC said.

Proposed U.S. legislation, known as “NOPEC” which could open the group up to anti-trust lawsuits, has long lain dormant, with previous American presidents signalling that they would veto any move to make it law.

But U.S. President, Donald Trump, has been a vocal critic of the OPEC, blaming it for high oil prices and urging it to increase output to relieve pressure on a market hovering around four-year highs.

That has made OPEC and its unofficial leader, Saudi Arabia, nervous about what it might mean for NOPEC, or No Oil Producing and Exporting Cartels Act.

The decision to refrain from discussing a preferred oil price level — one way the group can guide market expectations — underlines how Trump’s aggressive stance on the oil market is unsettling OPEC and testing ties between allies Riyadh and Washington.

In July, senior OPEC officials attended a workshop in Vienna with the international law firm White & Case to discuss the NOPEC bill and the lawyers advised avoiding public discussion of oil prices and rather talk about the stability of the oil market, two sources familiar with the matter said.

OPEC officials were also advised to explore diplomatic lobbying channels to try and prevent the NOPEC bill from becoming law, one of the sources said.

On Aug. 1, the OPEC secretariat sent a letter to the ministers, making a similar recommendation.

“We solemnly believe that market stability, and not prices, is the common objective of our actions,’’ UAE Energy Minister, Suhail al-Mazroui who holds the rotating OPEC presidency this year, wrote in the letter.

“I would like to call upon OPEC member countries and our participating Non-OPEC colleagues, to refrain from any reference to prices in their commentary about our collective efforts or oil market condition.’’

White & Case did not respond to a Reuters request for comment.

Specifying oil prices is not the only way OPEC tries to guide the market by cutting production it can support prices, and by raising supplies, it can do the opposite for example.

But the private coordination of how to communicate OPEC’s message to the market represents a departure from past practice when Saudi Arabia would often signal a preferred price level when speaking about OPEC policy and seek to push through actions to achieve that.

While chances of the law passing this year appear slim, concerns among OPEC members and other oil producers are growing that it may ultimately get the support of Trump, given his open criticism of OPEC and high oil prices.

The OPEC letter came two months before U.S.-Saudi relations were further strained when a Saudi journalist disappeared during a visit to the kingdom’s consulate in Istanbul.

Turkish officials say they believe Jamal Khashoggi, a critic of Saudi policies, was murdered and his body removed.

Some members of the U.S. Congress, which has long had a testy relationship with Saudi Arabia, have criticised the kingdom over the case.

A Senate source, familiar with the bill, said renewed interest in NOPEC was likely, as lawmakers weigh any actions in response to Khashoggi’s disappearance.

The source, who declined to be named, said that with lawmakers out of town for the next several weeks, it was difficult to measure current sentiment.

Over much of the last year, Saudi Arabia irked Washington by pushing OPEC to adopt measures to boost oil prices in a shift from its previous, more moderate stance.

Industry sources have linked that shift to a desire to maximise revenues and raise the valuation of state energy giant Saudi Aramco ahead of a planned IPO, a key part of Crown Prince Mohammed bin Salman’s reforms, aimed at diversifying the economy.

The share float, expected by some to be worth up to $100 billion, has been put on hold, sources said.

Prince Mohammed said this month the float was postponed to 2021 and several industry sources say the delay was partly because of litigation risks if Aramco was listed in New York, a preferred venue by the Saudi crown prince.

“There is a major fear NOPEC could turn into another JASTA,’’ one of the sources familiar with Aramco IPO preparations said, referring to the Justice Against Sponsors of Terrorism Act, which allows victims of Sept. 11, 2001, attacks to sue Riyadh.

Saudi Arabia, which denies involvement in the attacks, had long had broad immunity from the lawsuits.

That changed in 2016 when the U.S. Congress overrode then-President Barack Obama’s veto of JASTA.

With close to $1 trillion in investments in the United States, including assets owned by Aramco, Riyadh has a lot to lose if the NOPEC bill was passed into law.

It would revoke the sovereign immunity, which oil producers, including OPEC members, currently enjoy from U.S. legal action.

Washington-based legal firm Gibson Dunn and the Saudi embassy there signed a contract in late August, according to a copy of the contract filed to the U.S. Department of Justice.

The contract outlines that among its other responsibilities, Gibson Dunn would be “opposing NOPEC”.