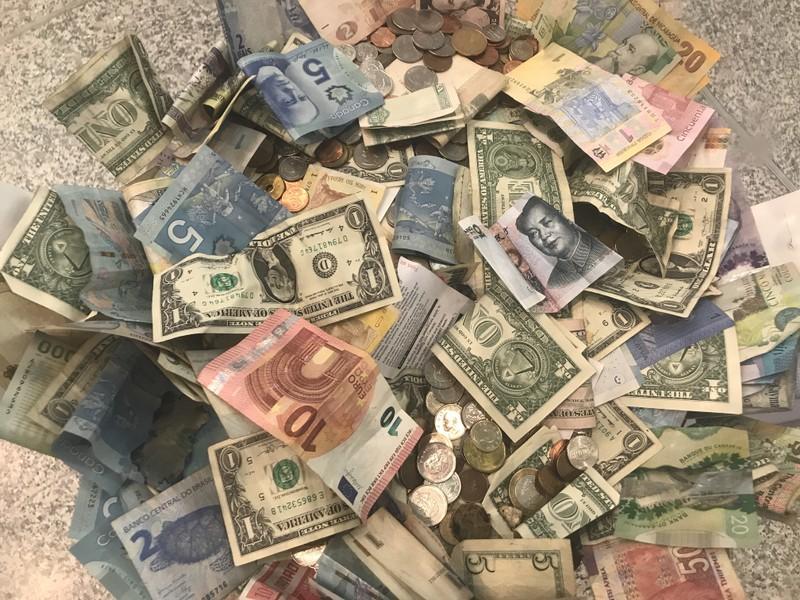 The dollar edged up against a basket of key rivals on Tuesday, while the Canadian dollar was supported by rising crude oil prices due to U.S. plans to tighten a clampdown on Iranian oil exports from next month.

Financial markets in Australia and New Zealand reopened after the long Easter holiday and were set to reopen across Europe later in the day.

The greenback has firmed in recent weeks on the back of higher U.S. 10-year Treasury yields and signs of strength in the U.S. economy following a weak start of the year.

Data released overnight showed U.S. existing home sales fell more than expected in March amid supply constraints and figures for new home sales will be released later in the day.

While those may provide some pointers to the state of the U.S. economy, a clearer picture should emerge from the gross domestic product report set for release on Friday.

“Investors will be looking for an increase in volatility in the days ahead as traders return to desks and earnings season in the U.S. steps up,’’ said Nick Twidale, Chief Operating Officer at Rakuten Securities Australia in Sydney.

“This week could give a strong indication of whether the dramatic dovish turn from global central banks, and in particular the Fed, over the last few months has been enough to change the global growth dynamic,’’ he said in a note.

Against the yen, the dollar gave up a tenth of a per cent to 111.80 yen, moving off a high for this year of 112.17 hit last Wednesday, while holding above its 200-day moving average.

Masafumi Yamamoto, Chief Currency Strategist at Mizuho Securities, said he did not see a strong driver for the greenback’s fall.

He added that the move could have been triggered by a risk-off tone in the Japanese equity market.

Yamamoto expected the yen’s strength against the dollar to be temporary as long as central banks around the world refrain from normalising policy through raising interest rates.

“The relative dovish tone of the central banks is supporting risk assets.

“That’s why dollar and yen have been supported by risk on trading.

“I think this kind of move will continue as long as major central banks make no move for a while,’’ Yamamoto said.

The Australian dollar drifted 0.1 per cent lower to 0.7128 dollar per cent ahead of the release of first-quarter inflation data due on Wednesday.

The greenback’s moves against the euro and sterling were small, with the single currency slightly lower at $1.1249 and the pound up a tad at $1.2985.

The Canadian dollar held firm after oil prices rallied to near six-month highs overnight on news that Washington plans to eliminate waivers next month for eight countries to buy Iranian oil without facing U.S. sanctions.

With the jump in the price of oil, one of Canada’s major exports, the loonie was down slightly at 0.7485 dollar, holding most of the previous session’s gains of over a third of a per cent. (Reuters/NAN)