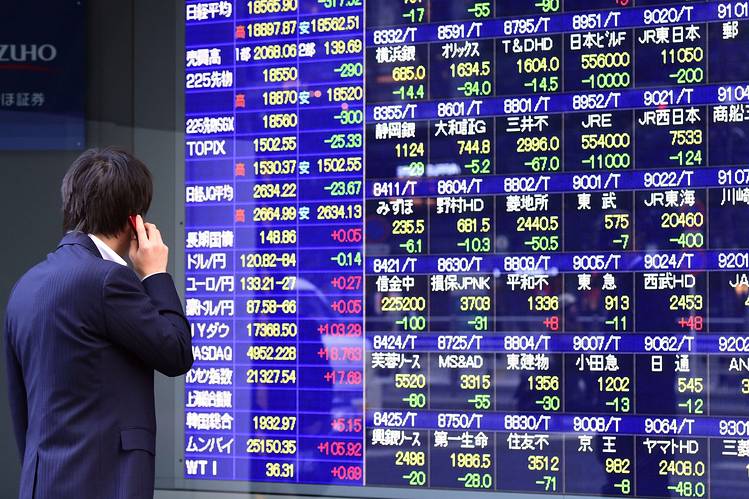 Asian stocks advanced on Monday as Wall Street rallied after a deal was announced to reopen the U.S. government,  following a prolonged shutdown that had taken a toll on investor sentiment.

The Shanghai Composite Index rose 0.7 per cent and Hong Kong’s Hang Seng was up 0.5 per cent.

South Korea’s KOSPI edged up 0.1 per cent, while Japan’s Nikkei bucked the trend and eased 0.3 per cent.

Australian financial markets were shut for their ‘Australia Day’ holiday.

Facing mounting pressure, U.S. President Donald Trump agreed on Friday to temporarily end a 35-day-old partial U.S. government shutdown without getting the $5.7 billion he had demanded from Congress for a border wall.

In response, Wall Street rallied broadly on Friday as investors were relieved to see an end to one of the longest U.S. government shutdown in history.

The shutdown had left the markets anxious as it came at a time of heightened worries over slowing global growth, signs of stress in corporate earnings, and a still unresolved Sino-U.S. trade war.

“The rise in the broader stock markets looks to keep going; the U.S. government reopening is definitely a plus for market sentiment,” said Soichiro Monji, senior economist at Daiwa SB Investments.

“There are still potential risk factors, such as the U.S.-China trade row and Brexit,” he said.

Chinese Vice Premier Liu He will visit the United States on Jan. 30 to 31 for the next round of trade negotiations with Washington.

Besides the underlying anxiety on trade, the temporary nature of the U.S. government’s reopening – Trump has threatened to resume the shutdown on Feb. 15 if his demands aren’t met – remained a source of concern.

“As things stand this morning, we have only 18 days left before we get another government shutdown, or a Wall. That should keep things interesting for markets,” wrote strategists at Rabobank.

In the currency market, the pound hovered near a three-month high of $1.3218 set on Friday on the back of optimism that Britain can avoid a no-deal Brexit.

Britain is set to leave the European Union on March 29, but the country’s members of parliament remain far from agreeing a divorce deal and longer term prospects for sterling remained far from clear.

The immediate focus was on Tuesday, when the British parliament will debate and vote on Prime Minister Theresa May’s Brexit “plan B”.

The euro was also on the front foot against the sagging dollar, which was on the defensive ahead of the Federal Reserve’s Jan. 29 to 30 policy meeting, where it is expected to leave interest rates unchanged after raising them four times last year.

The attention will be on the policy outlook as the Fed has signaled a slower pace of rate increases this year, with markets speculating it might pause its tightening cycle soon.

The single currency was 0.05 per cent higher at $1.1411 after gaining 0.9 per cent on Friday, paring the losses from earlier last week on dovish-sounding comments by European Central Bank President Mario Draghi.

The dollar was slipped 0.2 per cent to 109.35 yen following mild losses at the end of last week.

The benchmark 10-year Treasury yield was little changed at 2.747 percent after popping up 4 basis points on Friday in the wake of surging U.S. shares.

Oil prices rose toward the end of last week as political turmoil in Venezuela threatened to tighten crude supply, with the United States signaling it may impose sanctions on exports from the South American nation. (Reuters/NAN)