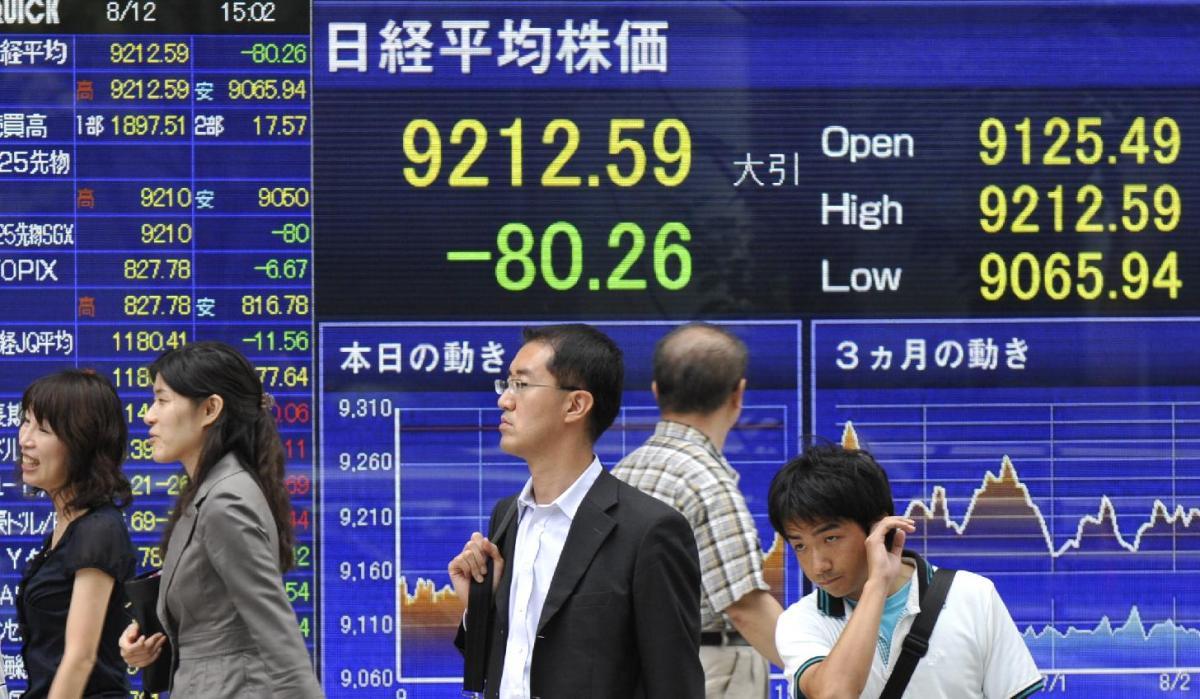 The consequent improvement in risk appetite resulted in the dollar easing against other major currencies.

MSCI’s broadest index of Asia-Pacific shares outside Japan climbed 0.6 per cent to its highest since late July. Chinese shares led the growth with the blue-chip CSI300 index rising 2.2 per cent.

Japan’s Nikkei also joined the party, gaining 1.4 per cent to the highest since early December.

“Stocks bulls certainly have the wind at their backs with improving growth but steady inflation, reduced trade tensions and a solid/better-than-feared Q1 earnings season,’’ JPMorgan analysts said in a note.

The rally follows on from the strong finish on Wall Street on Friday as investors cheered Chinese data showing exports rebounded in March to a five-month high while new bank loans jumped by far more than expected.

“In our view, market and political concerns will constrain future fights.

“Think ‘skirmishes’ rather than ‘major battles.’’’

On Saturday, Mnuchin said a U.S.-China trade agreement would go “way beyond” previous efforts to open China’s markets to U.S. companies and hoped that the two sides were “close to the final round’’ of negotiations.

Further whetting risk appetite, Reuters exclusively reported on Monday that U.S. negotiators have tempered demands that China curbs industrial subsidies as a condition for a trade deal after strong resistance from Beijing.

Investors have been fretting about a global growth slowdown this year as trade disputes and tighter financial conditions hit demand.

Worryingly, the International Monetary Fund cut its outlook for the world economy for the third time in six months.

There have also been fears that weakness in key economies, including China, could spread to other countries, especially if elevated trade tensions between Beijing and Washington escalated further.

As a result, the Group of 20 industrialised nations have called for a trade truce, signalling world leaders are prepared to take action to curtail risks of a global economic slowdown.

Investors are next looking to China’s March-quarter gross domestic product data due Wednesday.

A Reuters’ poll predicted it would show growth slowing 6.3 per cent from a year earlier, the weakest pace since the global financial crisis a decade ago.

In currencies, the dollar index was 0.1 per cent weaker at 96.863 against a basket of major currencies as demand for safe-haven assets eased.

The Australian dollar, which is often used as a proxy for China plays, hovered near a seven-week top at $0.7173.

The euro was a tad firmer at $1.1309 as dealers were gearing up for demand from Japan as Mitsubishi UFJ Financial closed in on its multi-billion-euro acquisition of DZ Bank’s aviation-finance business.

The common currency was also supported by encouraging data from the eurozone where industrial output in February declined by less than expected.

In commodities, oil provided big milestones last week, with Brent breaking through the $70 threshold and the U.S. benchmark posting six straight weeks of gains for the first time since early 2016.