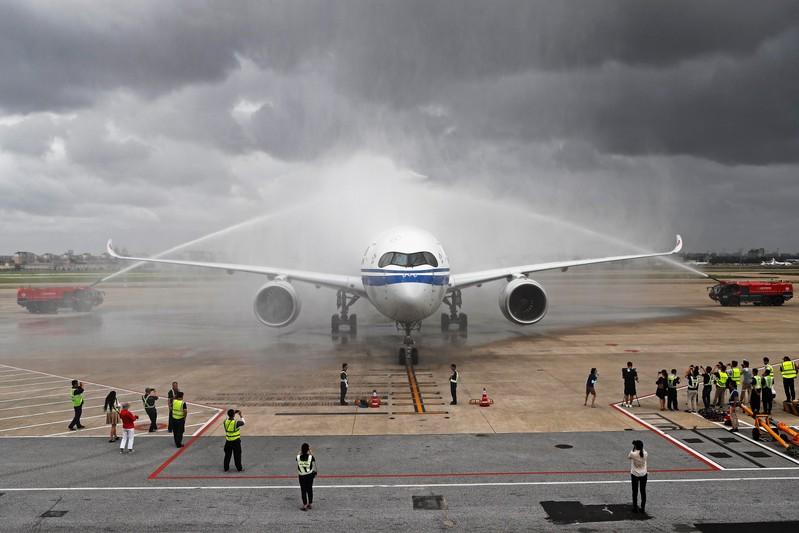 Airbus shares rose on Tuesday after the European plane maker won a deal worth tens of billions of dollars to sell 300 aircraft to China.

Airbus was up 1.9 per cent in early session trading.

French officials said the deal was worth some 30 billion euros (34 billion dollars).

The Chinese order was announced late on Monday, coinciding with a visit to Europe by Chinese President Xi Jinping and matching a China record held by U.S. rival Boeing.

“We do not have details of the delivery schedule of this order but China has been taking about 20-25 per cent of Airbus production per year.

“Given the A320 family is sold out at announced production rates out to 2024/25, we believe this increases the probability of Airbus moving to a production rate of 70 per month,’’ Citigroup said.