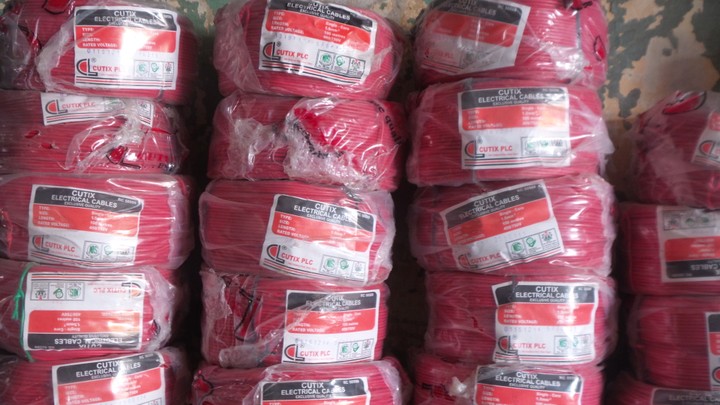 Cutix Plc., a leading electrical cables manufacturing company in Nigeria has declared N661.6m as Profit Before Tax (PBT) for its 2018 financial year which ended on April. 30.

The company made the disclosure at the pre-2018 Annual General Meeting (AGM) news conference in Nnewi on Wednesday.

Mr Ifeanyi Uzodike, the outgoing Chief Executive Officer (CEO) of the company, said that the amount represented an increase of 79 per cent over N370.1 million recorded in 2017.

Uzodike said the company generated N5.1 billion in revenue against N3.7 billion recorded in the previous year, representing an increase of 38 per cent.

The total equity of the company increased from N1.01 billion in 2017 to N1.3 billion in 2018, while paid-up share capital and number of shares in issue remained unchanged at N440.3 million and N880.7 million respectively.

Uzodike described the performance of Cutix Plc in the financial year as fair considering the ‘economic situation of the country.

He said the company’s operations were largely affected by macroeconomic variables, including foreign exchange and inflation as the company was about 95 per cent dependent on imported raw material inputs.

According to him, most of the Foreign Exchange (Forex) required by the company was sourced from the parallel market, noting that the performance would have been better if the conditions were better.

He, however, pointed out that the company did not lay off any staff in spite of the challenges.

Uzodike, who was CEO for 10 years, also introduced Mrs Ijeoma Oduoye as his incoming successor.

He thanked the shareholders, staff and management of the company and urged them to show the incoming CEO greater support to enable her succeed.

In her remark, Oduonye, who was the company’s secretary, said that she would uphold the principle of quality and customer-centered ideal of the company.

She said she would be fair to all and would not compromise on the corporate focus of Cutix which had made it a flagship in the cable industry in Nigeria.

She is a member of the Institute of Chartered Secretaries of Nigeria (ICSN) and has served in several departments of the company. (NAN)